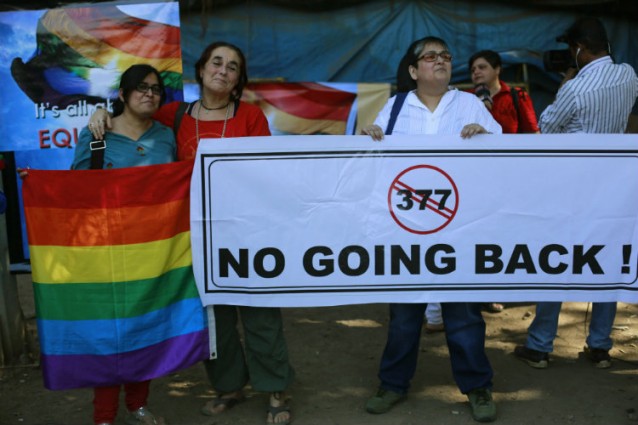 LGBTQ finally won their battle against the 2013 Supreme Court decision of upholding the section 377. This decision is a ray hope for the community members. The age old law that criminalized homosexuality in India discriminates any kind of unjust behavior or discrimination against the members. It gives them the right of equality in the society which they otherwise did not possess.

After the Naz Foundation successfully proved the poor plight of the LGBTQ members, in 2009 the Delhi High Court liberalized the Section 377 a bit. Few years later from the day the act was passed, the court decided to revive the decision of upholding the act. The request was filed by Suresh Koushal, an astrologer by profession, in 2013. According to the request filed to reexamine the judgment, only a ‘minuscule minority’ was affected by the act. It was a shock for the community as well as the supporter to hear that the 2009 judgement will be revived again. But the constant struggle and hard work of the Naz Foundation and the supporters resulted fruitful when the final judgment of the apex court ended on a positive note.

“We were outside the court and so anxious when the judgment was being passed. But we all are happy and it’s a historical moment. It’s a great opportunity for the LGBTQ community to convince the court that we have a right to live free of discrimination and violence. We hope the court recognizes our fundamental rights,” said Dhrubo Jyoti, a journalist and activist.

It was also a sigh of relief for their parents and loved ones and the LGBTQ supporters. India being a developing country is still at a snail speed when it comes to making decisions on certain issues like these.

But as the popular say goes ‘all’s well that ends well’. At long last the struggle came to an fruitful end. The Supreme Court judgement is a silver lining not just for the members but also for the entire nation. It’s a small but positive crack in the conservative mindset of the government that is blocking our way towards progress.