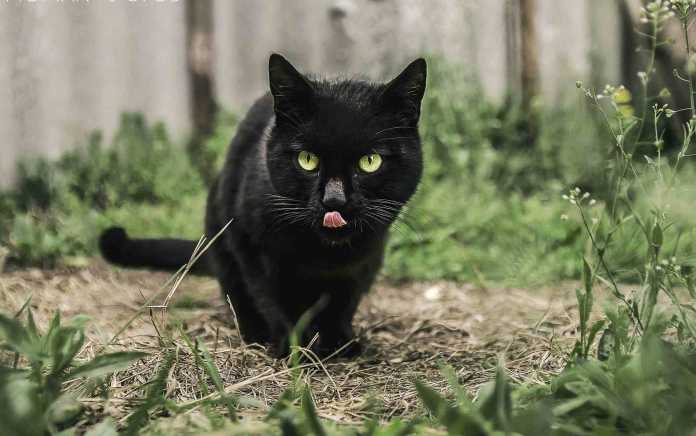 Superstitions are sometimes so deeply woven into our lives that sometimes we do not view it as a superstition at all. Whether it is believing that carrots are good for eyesight or not opening an umbrella indoors, we have all believed in one superstition or the other at some point in our lives. Let’s have a look at some such superstitions and their origins –

Carrots are good for Eyesight

It has been said by many mothers and teachers that carrots make your eyesight better as it contains Vitamin A. However, carrots don’t ensure you good vision. It is believed that this tale was spread by the British during World War II. During the war, the British created the radar, which helped them spot enemy planes. The British, in order to keep the invention a secret from the Germans, spread the rumour and the British soldiers were given carrots to improve their vision to spot enemy planes.

Cats are normally harmless creatures that prowl about looking for food. How can they be dangerous? Well, the truth is they are not. A cat crossing your path is as much bad luck as your next door neighbour coming out in front of you to collect the newspaper from the porch. This superstition comes from the fact that in olden times people used to travel using domesticated animals. At that time domestic animals used to get frightened at the sight of wild cats as they could be a predator. This is probably why people were warned not to go ahead if they see a cat.

Hanging lemon and chillies is said to have a scientific reason. The cotton thread that passes through the lemon and chillies absorb the vitamins and acids, and spread them through the air. Inhaling this nutrient-rich aroma is actually beneficial for you. However, these days pollution has taken a significant toll and completely counteracts the benefits of this superstition.

In many cultures, twitching is seen as a sign of bad luck. This could have a scientific implication. Sometimes twitching can mean that you have allergies, stress, tiredness etc. It could also mean that the eye has a strain or the eye is too dry. But all this can be solved by simple medications and don’t require you to feel cursed.

This is a belief very prominent among Christians these days. The origin of superstition is rather interesting. Salt at one point in history was a very expensive commodity, and to prevent its waste and spillage, rumours were spread of the bad luck spilling salt would give you. In Leonardo Da Vinci’s painting ‘The Last Supper’, Judas is shown spilling salt (rather, sitting next to spilt salt).

A version of the superstition states that if you have spilt salt you have to throw some salt with your right hand over your left shoulder. This also comes from the belief that good spirits exist and good luck is showered by the right hand of God and the left side is where the devil is. By doing this, one is warding off the devil by throwing salt using one’s good right side.

Broken Mirror has stood for bad luck in many cultures. The origin is almost like spilling salt as mirrors were a very expensive commodity. In fact, the reason why the superstition states that you would have seven years of bad luck is that Romans believed a person would have a physical regeneration every seven years. Moreover, in 15th century Italy servants who would break mirrors were supposed to work for their masters for seven more years under legal contract.

This is common superstition in England and some European countries. Some believe that this was popularised when in umbrellas with metal spokes were common. These umbrellas were huge and when opened indoors it could hurt someone or break an object. This would often result in arguments and quarrels. However, there is little need to believe the superstition now, since there isn’t anyone who doesn’t open their umbrellas inside their homes to dry.