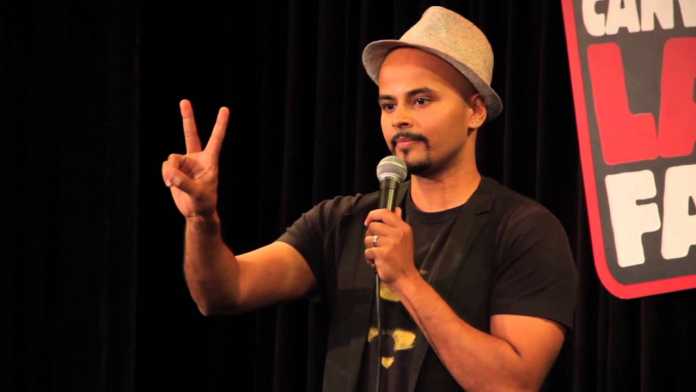 Charlie Chaplin taught us that a day without laughter is a day wasted. And how true does that hold for all us of. Whether you’re having a bad day or when something gets you down, a good giggle is more than enough to turn that frown upside down.

Films, TV shows, books, memes, documentaries, and plays have been monumental in giving us a laugh or two. But of late, stand-up comedy has been cooking up a storm. Admittedly, it isn’t easy to become one and the stakes in the industry are really high. It is often believed that you burst onto the scene only when you get your ‘big break’. But funnyman Sorabh Pant believes that a career in comedy is full of many such ‘big breaks’, case in point – his stint as a Channel V writer, opening for Vir Das touring as a stand-up comedian for a year, or his sold out World tours in HK, London. “You keep finding things that are pseudo-breaks. I don’t think anyone really gets one big break, you get series of them and it depends on how it plays out for you”, says Sorabh, whose personal favourites include Dave Chappelle, Jim Gaffigan, Bryan Regan, Kyle Kinane, Abishek Upamanyu, Biswa Rath, Rahul Subramaniyam, and more So what tickles a comedian’s bones? Sorabh has discoveredthat the silliest things that can crack you up – “Somebody could do a really well-thought about joke on existentialism and politics, but the joke you laugh at will be a really stupid pun. You can watch experienced comedians put up impressive shows but some doing something sillier will always make you laugh more. Anything that’s surprising can make you laugh.”

Sorabh identifies himself as a writer before anything else, and has even authored three novels before he got into comedy. “I’ll never stop being a writer and I’ve always been the happiest writing. All my favourite comedians are people who are writers along with being comedians. Writing gives you a slightly more insightful opinion on things. I love standup comedy, but if there comes a point where I’m just writing books, I’ll be absolutely happy”, says Sorabh. He spends most of his freer time with his kids, and also loves to travel, which he says is the best part of doing shows around the world!

If you’re someone who aspires to get into comedy, Sorabh’s advice is to do so because you love comedy and not just because you think it’s going to make you famous overnight! “It ’s not very complicated to start off in comedy, but it is complicated to become good at it. The world is leaning towards a more organized industry, which means that you need to also know to write for comedy. Writing has become more lucrative and interesting. Everyone needs writers, so be prepared to do both, and both are exciting in their own way”, he said.

Sorabh tells us that a Web Series is in the works but he wants it to be unlike anything done before. You can also catch Sorabh live at a recording of his show ‘Make India Great Again’ at Rang Mandir in Bandra on June 2nd.