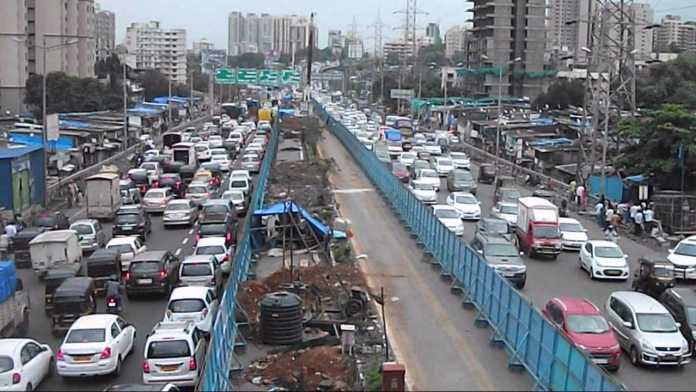 If cars are cholesterol and the roads are arteries, then Mumbai has a severe case of diabetes. With every passing year, our skyline extends closer to the heavens, and the traffic becomes increasingly hellish.

The outskirts of Mumbai are growing as rapidly as its interiors. Neighborhoods that were barren are being brought back to life with residential complexes and lush parks. In the interiors of the city, there are half-finished structures everywhere. But what of the streets that house these structures? More apartments lead to more cars, but where do all these cars go? More apartments also mean more people in the city, but is there more public transportation to service all these people?

For a few years now, the Mumbai metro construction has been underway and it will be a few more years until the work is completed. Once done, the metro will reduce traffic on the streets and share the load with its older less attractive sister, the local train. While it is still underway, our roads are halved and monsoon season is fast approaching. Recipe for disaster?

Work first began on the Mumbai metro in 2014, almost four years ago. Since then it has begun operations in the suburbs and is set to form a network that will connect a large portion of the metropolis.

Once completed, the new railroad system will share the burden with buses, taxis and other public transportation systems. Taking people off the road is no mean feat. Scores of the city’s residents depend on public transportation to commute to work on a daily basis, so the introduction of the metro is long overdue.

As of today, the Mumbai metro has announced has achieved a 400 million-passenger mark since its inception. This is only considering the phase that is currently functional. When the entire system is up and running, this number can be expected to quadruple. Once completed, experts state that over 6.6 lakh vehicle trips will reduce in Mumbai on a daily basis. From an environmental standpoint, the Mumbai metro will greatly benefit the city as well. Over 6,000-10,000 tons of carbon dioxide emissions will be reduced.

Most of the city residents are looking forward to the time when the roads will be less crowded, and going from one end of the city to the other will not feel like taking a road trip.

In the meantime, while the metro is under construction there are an awful lot of problems to be endured. The sea link took double the time of what was promised to be built. Should the metro follow a similar delay in completion lots of factors arise that the city has to account for.

As monsoon season is fast approaching, the already compromised streets will take a further beating. On Andheri-Link road the metro work has halved the street, and a major traffic light has been taken out. Linking road in Bandra faces a similar problem. The road that acts as a central line for the neighborhood has seen an increase in traffic as the metro is being built. While peak hour traffic has become a menace, the rains will only aggravate this problem.

The road adjoining Senapati Bapat Marg in Lower Parel experiences a similar situation, as does the street adjoining Mahim Church. As cars and other vehicles fight to get past each other on narrow streets, the city and its residents have to look out for each other.

What we can do

With each year the cars get better and bigger. When the city was first built, the average car on the street was a fiat or an ambassador. Today as SUV’s replace their smaller counterparts, the narrow streets become harder to traverse.

It can help to avoid peak hours altogether, even if it means compromising an hour of sleep in the morning to get ahead of the traffic. In the evening, it might help to stay in office an hour extra or find a coffee shop to avoid the manic traffic. Carpooling with friends and colleagues is also another way to help make traffic better and it helps pass the time in a much better way.

Lastly, we can utilize our rights as citizens to approach our local authorities to request traffic lights to be replaced where they haven’t already, or request for traffic police to station in places that are likely to get congested.

As our yearly visitor approaches, Mumbai’s roads will have to endure a greater beating than usual, but if there is anything this city is good at, it is overcoming challenges.