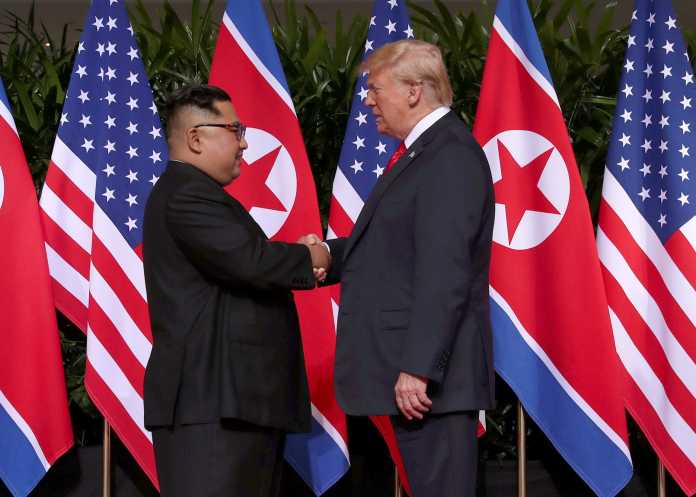 US President Donald Trump and North Korean dictator Kim-Jong Un had a historical meeting yesterday in Singapore. This is the first time a sitting US President has met a North Korean leader.

When two of the most criticised politicians come together, it generally isn’t good news. But this time things seem to look good as North Korea has decided to de-nuclearise the Korean Peninsula, and Trump, in turn, has guaranteed them security and also promised to stop US military activities in South Korea.

Many countries such as the UK, the European Union, Russia and South Korea have praised this move as it promotes peace between the countries and potentially averts a war that was beginning to be more of a possibility when we look back at the verbal battles between the two leaders on Twitter and also the animosity between the two countries since the Korean War.

However, like most political discussions, the paperwork was allegedly poorly worded and loopholes might be found easily. Let’s not forget that before World War II, George Chamberlain had a discussion with Hitler which he claimed to be successful in averting war, but war turned inevitable. It is also difficult to say how and by when North Korea will de-nuclearise its country.

Trump was definitely more positive about Kim-Jong Un than he usually is. He also said that the dictator has accepted his invitation to the White House and that he really believes Kim will keep his word. He also went on to say that he trusted Kim, and Kim trusted him. This sudden change of emotions towards North Korea seems a little exaggerated even for Trump’s standards.

There has also been a lot of controversy in the US regarding the suspension of military exercises in South Korea. While Trump seemed highly positive about it, one of his Republican senators, Mike Pence, has stated that war games will end but training and readiness exercises will continue. This has caused confusion in the US and further clarification was called for.

This summit has provided a base at peace; however, there seem to be many loopholes and question marks to actually give us a clear idea of whether the peace will last. It is also true that the Korean War has actually never officially ended. There has been a truce between the states of South and North Korea but a peace treaty was never signed. Moreover, with Trump creating tensions in China and Israel, and even blaming India for high taxes on US imports, is this summit really all there is to peace?