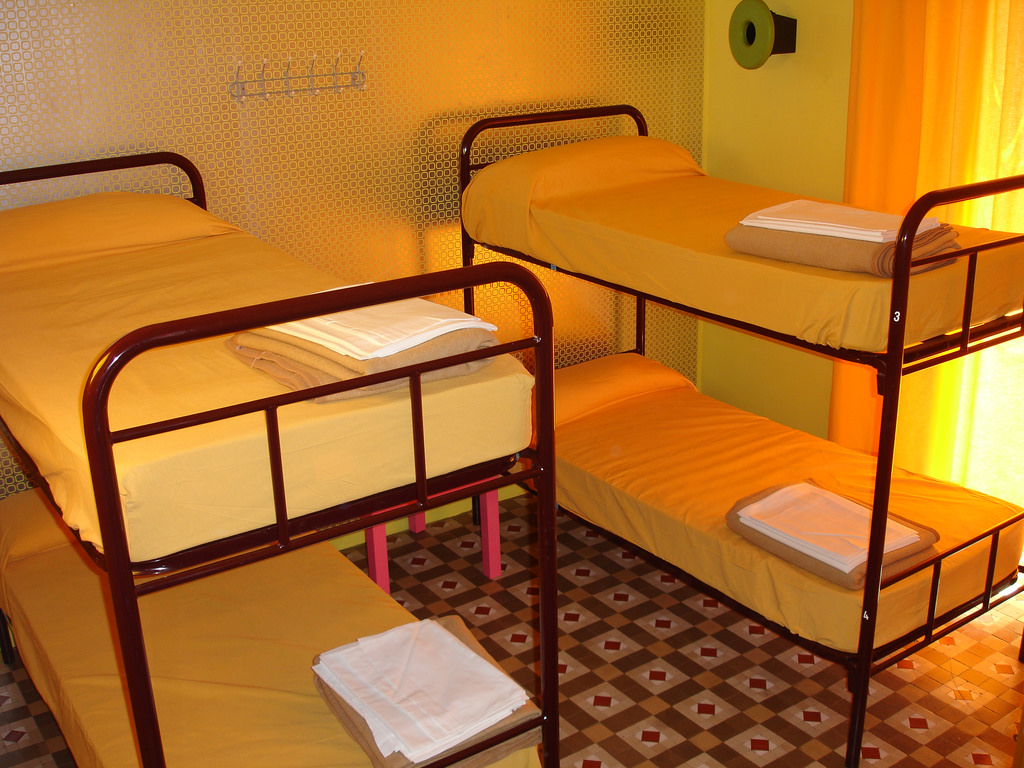 Juggling priorities, interests and commitments characterises hostel life. A little bit of shyness, a little discomfort marks a perfect beginning to the tumultuous journey that you are about to begin, the moment you step into a hostel. You are sure to bump into every single species of Homo sapiens that exist on this planet!

The dramatis personae of every hostel They probably took the Airtel ad “Jo tera hai voh mera hai” too seriously. In most cases, the ‘studs’ on campus fall into this category. They make do with other’s belongings throughout their stay in paradise. They can go to any extent to feel the thrill of living life on their terms. This involves exploring the most dreaded places in sinister hours and duping a couple of people which may also include the cops! They indulge in both virtues and the vices. They live by pop artist Mavis Leyrer’s words in that Life’s journey is not to arrive at the grave safely, in a well preserved body, but rather to skid sideways, totally worn out, shouting “Holy shit, what a ride!” In the course, some may go astray but then there are the very-focused chaps too.
The Owls This is one category most hostelites fall into. Sleepless nights are a usual thing. The caffeine industry thrives on them. They get along with all the categories of people and are often peacemakers in times of a Cold War. Whether your pocket is running low for the month or you have to sneak in post curfew hours, whenever you smell trouble they’re the ones that relieve you.
The Entrepreneurs Their hands itch for cash at all times. In times of need, they could be your ‘General Store’ or even your ‘Room Service’ provider. One must always have their numbers on speed dial. The mushy little couple forever intertwined and hopelessly in love are a common species in hostels. They either skip social gatherings or give you a whole new take on PDA.
The Budget Guide Most hostelites know the city better than the locals do. These are the species that help you live with a hole in your pocket. They know the cheapest restaurants, modes of travel, etc that don’t bite hard into your budget. Wherever you go, whatever you do, they’ll never let your soul to rest in peace. They shamelessly barge into conversations and somehow manage to appear from thin air despite your numerous attempts to escape their line of vision. The character of Raju Rastogi played by Sharman Joshi in the movie 3 Idiots epitomises this breed of hostelites. You’ll always have the innocent guy whose wrists are full with holy threads, the one that carries an image of a god or two in his pocket before exams and promises to offer the famous ‘101 rupaye ka prasad’ (an offering worth Rs 101) if successful in clearing an exam.
The Hygiene Freaks

Sharing a room with them can turn out to be hell of an experience – even worse than having to deal with Chef Gordon Ramsay in Hell’s Kitchen! Enter the room with mucky shoes at your own risk. You better learn some discipline, because if they are fried, you are going to be fired. The bookworms, genius, hardworking geeks with all notes complete are your ultimate saviours when you realise you are jacked this semester. They are very competitive when it comes to academics and it is advised to have a good rapport with them. With advent of technology, the nature of entertainment and pastimes has changed considerably. With wifi-enabled hostels, most students spend time on social networking sites, downloading and watching their favourite movies and sitcoms, playing games and so on. However, poor internet connections have left some scope for conventional recreation – socialising.

A hostelite from Mumbai recalls how nervous everyone in the hostel was about dealing with seniors and their ragging of the younger residents. To their surprise, their first ice-breaker was a game of ‘Mafia’ in the common room after which there remained no awkwardness between them. In the game, they recorded a guy trying to convince the others that he was the ‘prostitute’ (a character in the game) and not the ‘mafia’ so as to survive through the game. This video with the guy yelling, “I am the prostitute!” was indeed hilarious.

Other common pastimes include organising late night DJ sessions with speakers in the corridors (when the warden’s on leave, of course), night outs, long drives and even walks. There’s also a lot of excitement to birthdays in hostels. The most bizarre and ingenious ways to celebrate birthdays are adopted in hostels that range from quiet surprises, small parties to beer-bathing (yes, beer) or if you’re not so rich, making do with anything available in your dorm room from toothpaste to shampoo.

Devang Thakkar, a first year BTech student from Mumbai, recalls a terrifying incident when four of his friends set out to explore the city at 11pm on a Saturday and evaded arrest thrice in the same night. He says, “This involved getting on a train without a ticket, travelling in a women’s compartment and eating at a restaurant-cum-bar that was raided at five in the morning. There are some really adventurous people out here.”

Another student from Kolkata says, “One of the craziest moments in the hostel was when we ousted a roommate by lifting his bed along with him, like they carry the corpse in a funeral procession, and shouting prayers for  soul of the departed to rest in peace.”

Hostel life arms you with all the essentials to survive outside the sheltered cocoon that protected you so far. With the overwhelming newfound freedom comes a lot of responsibility. It helps you step out into the slush that awaits you (without getting trapped) the moment you graduate. It is going to be a rollercoaster ride. But it is also going to be fun. So freak out and enjoy the last few years of your ‘worry-free’ times because you won’t ever get them back. All you will have are memories of this journey that got you to where you are, so don’t ever leave room for any regret!