Technology and gadgets are meant to make life easy, but what happens when we become too dependent on them? Ayub Dawood digs deep into an addiction which seems to be silently creeping into our everyday lives

In recent times, with the emergence of the internet and various gadgets that allow easy access to people, the world has ushered into a new digital age. Technology has allowed people to get things done more easily. Information about almost anything is easily available on the internet. Smartphones and various social networking platforms have made it easy for people to maintain and build new connections with people from different locations and walks of life.

All this sounds very much in sync with positive rhetoric associated with the description of a digitally charged environment which we live in, surrounded by technology at almost every step in our day to day life and activities. A lot of people see digital addiction as some kind of paranoia against the rise of the digital space and the domination of technology in our lives. But, it is an addiction like any other; it has more to do with psychology than physical aspects. An overwhelming majority of people in the world are at the risk of falling prey to digital addiction because none of us is exempted from the usage of the latest technology, gadgets, internet and other applications in our everyday lives, be it at work or at home, for professional purposes or personal. A person might not even know until they’ve become completely addicted to it.

Psychologists, social scientists and even users themselves admit to digital addiction as being a psychological disease that is a real threat. Many researchers have concluded that the majority of students are digital addicts and their symptoms in many cases are like those of ones who are separated from hard drugs. One just won’t admit that they have a problem, and this state of denial is also a part of the overall behavioural changes. People start getting drawn more into digital media and gadgets, leaving no time or space for actual interaction with family and friends, hence making a person unable to communicate and, later, depressed.

Along with psychological changes, an addict also undergoes physical changes due to increased lack of physical activity, when it affects school attendance, relationships, the ability to hold on to employment, patterns of sleep, hygiene, and nutrition. When asked to stay away from gadgets and the internet, there is an aggressive and irritable response seen mostly among teenagers and even children. 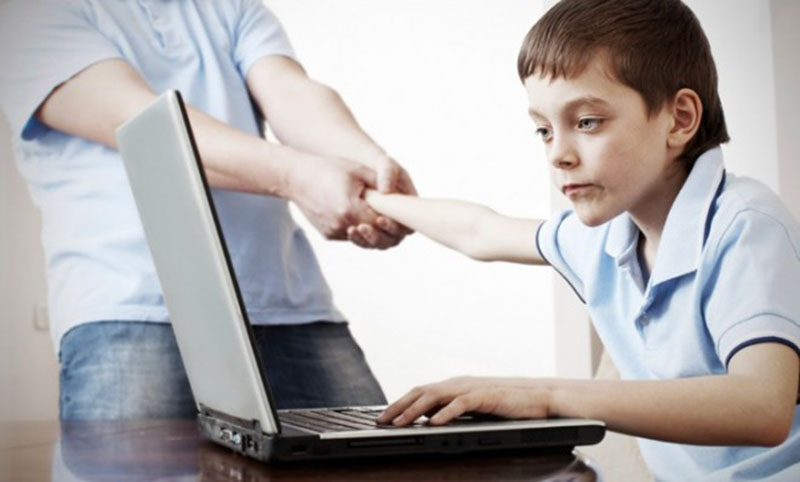 Internet Addiction Disorder (IAD) also known as compulsive internet usage has come been regarded as a threatening psychological disorder, though this notion is still disputed. The term surfaced as a disorder in a 1995 satirical hoax by Ivan Goldberg who took pathological gambling as a reference to describe IAD. The initial signs of internet addiction can be a preoccupation with the internet and its excessive use just to derive mental satisfaction. Spending excessive time on the internet leads to feeling depressed and irritated. This addiction even threatens a breakdown of professional and personal life. A person can become so addicted to social networking and meeting people online that relationship with family and friends in real life seems irrelevant. 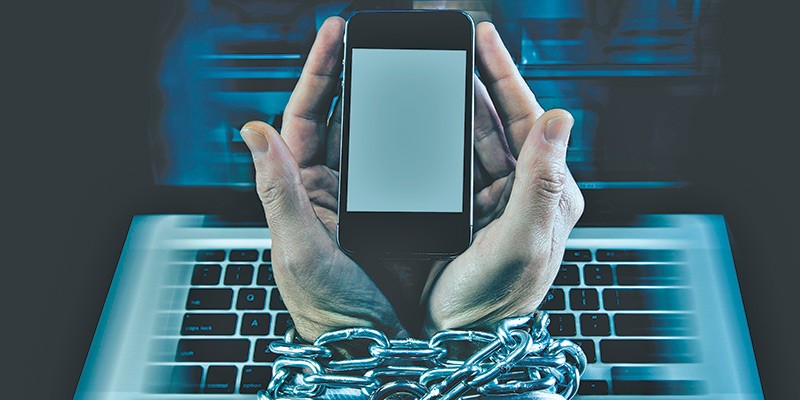 When people are asked whether they are addicted to their smartphones, the immediate response is denial. People do not even wish to acknowledge their increasing dependence on smartphones. People are surfing the internet, checking out applications, texting or going through social media almost all the time whether at work or at home. Online activity can be an extension of internet addiction because with a smartphone a person can surf the internet more frequently. Texting and gaming seem to be the most addictive activities which deprive people of any interaction with family and friends hence cutting them off from their personal life.

Here are a few ways to rid yourself from this addiction: