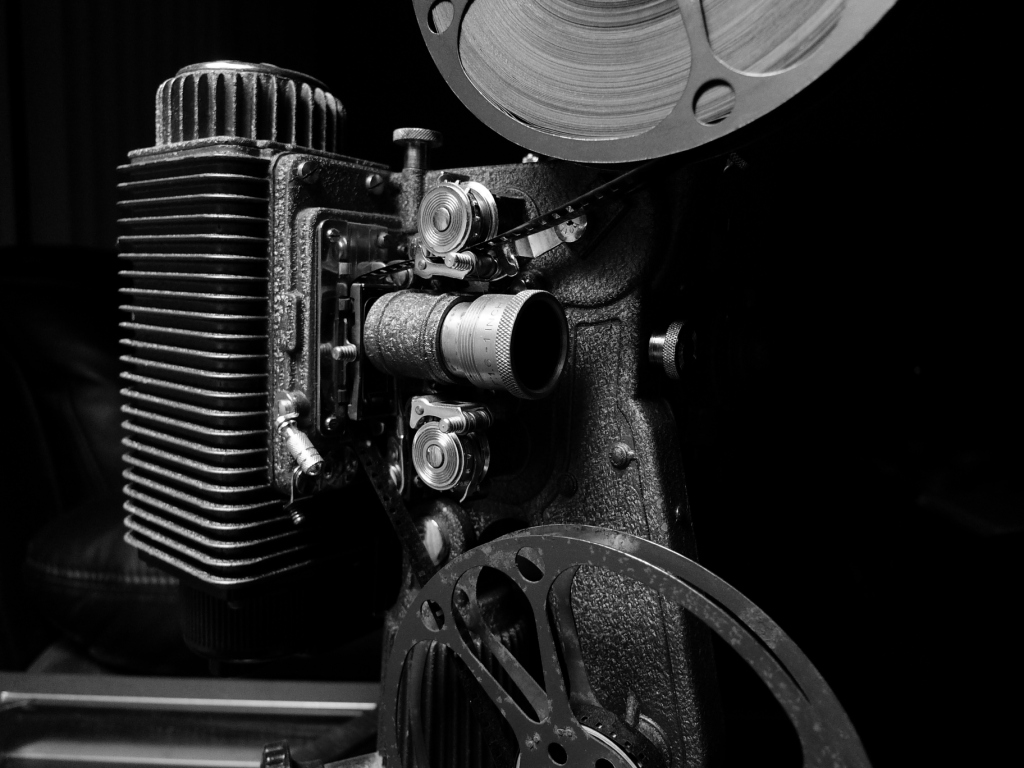 A story is said to be the soul of a film; precisely why cinema is widely seen as a visual art of storytelling. Literature in India has given some classic stories which film makers have adapted on celluloid with their own brilliance. Ayub Dawood sets out into the confluence of literature and cinema and observes how they have managed to empower each other, while undergoing constant change along the course of history Literatures – Cinema Relationship
Literature is an aspect of popular culture which is widely regarded as having immense power to establish a grip on an individual’s mind, owing to its ability of triggering off curiosity and a firm expertise in the art of storytelling. It’s also one of the first modes of entertainment that was made available to the society, which later transformed into means of preserving history and cultural heritage of a civilisation. Literature grew in its influence on the masses, as it moved from fiction to nonfiction. More realistic fiction evolved to become a mirror for the society that portrayed reality more visually. Whether it was a more colourful, darker, a stinging portrayal of existing realities, or a way to neutralise the bitterness with art, literature has been the instrument of the best story tellers.
As time went by, new ways of portraying stories in a visual and entertaining manner came forward. The characters once crafted beautifully with words on pages, were given a life of their own and appeared in human form on the stage. Theatre was the beginning of a revolution in entertainment in ancient times, which laid the foundation for the art-form of the future: film making. Literature and film making, both being the most sophisticated means of storytelling owing to their own attributes, are  art forms which are designed to go hand in hand and empower each other. Ever since the emergence of cinema and the rise in its popularity, literature which has been a long standing and important part of popular culture, has been closely integrated into cinema. Cinema gets an upgrade in the quality of its stories from the literary sphere, while works of literature have often found widespread recognition and popularity owing to their beautiful portrayal in film adaptations. The foundation
While world cinema has been mingling frequently with the best in literature from time to time, Indian cinema took this course at the very beginning. Raja Harishchandra was a product of the Ramayana and Mahabharata, which documented the story of one of the most celebrated monarchs that ruled in India, adapted to celluloid by Dadasaheb Phalke with equal panache. While world cinema looked towards literary marvels by emerging authors later on, Dadasaheb Phalke went on to make movies based on epic mythological literature that gave an insight into Indian history and culture while being relevant to the audience at the same time. Taking this legacy forward, film makers that followed went on to adapt classics on the screen with Sarat Chandra’s timeless work “Devdas” going on to appear on screen not once but four times in the years to come.
Some of the most legendary filmmakers for a large part of their career decided to seek out best works of literature and put in their creative vision to give a visual treat paired up with mastered storytelling. Satyajit Ray who made countless classics based on short stories by greats like Rabindranath Tagore and Munshi Premchand is credited with revolutionising Indian cinema. Films like “Pather Panchali” and “Shatranj Ke Khiladi went on to become some of the most memorable and celebrated films in the history of cinema. With his ability to handle the sensitivities of Indian stories, Ray managed to put Indian cinema on the  global map powered by Indian literature.

Relating to social themes
With classic regional literature offering some of the most elegantly crafted, hard hitting stories at their disposal, new Indian filmmakers like Bimal Roy and Abrar Alvi, equipped with a passion for filmmaking, churned out marvels like “Do Bigha Zameen” and “Sahib Bibi Aur Ghulam” which stand testimony to the contribution of literature in ushering  Indian cinema into its golden age. All along this era there were those like Sadat Hasan Manto whose literary works made him more popular than the films he wrote. More geniuses like Shyam Benegal and Vijay Anand kept this magical phenomenon going with “Guide” and “Junoon” penned by the likes of R.K.Narayan and Ruskin Bond, introducing popular Indian cinema to more complex storylines. The coming years saw the emergence of parallel cinema and while popular cinema seemed to move away from literature, literary inspiration found a place in parallel cinema. While “Garam Hawa” which was based on Ismat Chughtai’s unpublished work told the heart wrenching story of a Muslim family in the immediate aftermath of the partition, “Tamas” based on a novel of the same name by Bisham Sahani told the story situations leading to partition and the violence that followed.
While there were works of genius like “Umrao Jaan” by Muzaffar Ali based on a classic of the same name and “Dharti Putra” by Yash Chopra, which reiterated the place of quality literature in popular commercial cinema, by the time the 80’s came to an end literature was losing its footing in popular cinema and was restricted to negligible part of parallel cinema except for some like “nadiya ke paar” which managed to get attention of audiences at the beginning of that decade. There were films like the English August based on a novel by Upmanyu Chatterjee were being beautifully adapted on screen in the early ninetees to meet widespread critical acclaim but at the same time these failed to make a place among the masses which were completely swept away by the commercially driven masala brand of cinema. Films like “Last Train to Pakistan” and more based on works of  Kushwant Singh and Amrita Pritam came to be recognised as good cinema but failed to outshine highly financed and marketed commercial films which were initial products of a film industry that was becoming more corporatized as the new millennium was setting in. Regional literature making inroads and Shakespeare coming to India
While filmmakers largely focused on the best in English and Hindi literature from India to adapt on celluloid, there were those like Govind Nihalani and Rituparno Ghosh who were keeping regional literature alive with films like “Hazar Chaurasi ki Ma” and “Chokher Bali” which were adaptations of Bengali novels. New film makers came out with adaptations of nonfiction works such as “Black Friday” which was a novel by S.Hussain Zaidi brought on screen by Anurag Kashyap. During this time, the portrayal of classics from abroad being adapted into modern Indian setting emerged as a practice. Vishal Bhardwaj has made a mark with his adaptations of three prominent works of Shakespeare “Macbeth” (Maqbool), “Othello” (Omkara) and “Hamlet” (Haider) into his most memorable films, he states in conversation with the new Indian Express that he likes to base his films on literary classics because, that is his “first love”, his “most satisfying creative exercise.”
As simple as the storytelling may seem, but transforming a book into a screenplay takes a lot of effort, Basharat Peer who brought Hamlet to Kashmir for Haider tells Hindustan Times, “there’s a difference between a literary and a cinematic image” according to him “A whole page of commentary in a book can be just a static shot in a film. For me, it was a learning curve.”  Anurag Kashyap gave a completely innovative and fresh touch to Sarath Chandra’s classic Dev Das in his film Dev D and is coming up with Bombay Velvet loosely based on Mumbai Fables by historian Gyan Prakash who has also written the script of  the film. In statement to Scroll Gyan Prakash says that literature and cinema “excel in dealing with the small-frame of personal experiences and daily events”. Sarat Chandra came back to the celluloid by two completely different adaptations of Dev Das as well as another adaptation of Parineeta. With increasing commercialisation of Indian cinema and more stress on making profits by corporates coming into production, pop literature replaced more prominent works when it came to film adaptations and writers like Chetan Bhagat found a footing in Bollywood with many of their books, being more convenient for going along with the masala cinema genre, getting adapted into films.  But alongside this surge of commercial cinema stories like “the Blue Umbrella” by Ruskin Bond too found cinematic expression in Vishal Bhardwaj films.

Exchange of literature between India and Abroad
While English as well as Hindi language novels from India were the ones being adapted by most filmmakers, classics works from overseas were also inspiring a lot of film makers, with O. Henry’s short story becoming an inspiration for Vikramaditya Motwanee’s “Lootera” and Jane Austen’s “Emma” becoming “Aisha”. Upcoming movies like “Fitoor”, which is inspired by Charles Dickens’s Great expectations, promise to carry forward a tradition started in Indian cinema by “Tere Mere Sapne” adapted from “The Citadel” by AJ Kronin. Apart from these, there are many books by Indian authors that have gone on to be made into films by directors from abroad, which achieved critical and commercial success around the world. Q&A by Vikas Swaroop and Jhumpa Lahiri’s The Namesake are two of the most recent examples of this trend which promises to go a long way with Hollywood producers buying rights for Amish Tripathi’s Shiva Trilogy which is already set to release as a Hindi film under the Dharma productions banner. I believe in today’s times filmmakers want to play it safe and market their film right from the start. With this people look forward and are aware of the buzz around the film also the screenplay would definitely be gripping because there is a lot of material readily available to the film makers. The quality of literature has definitely improved as film makers are on the lookout for interesting subjects to be recreated with the latest technology. In present times, where anything and everything is just a click away, there is so much still to be explored and recreated. The story and the script make up the soul of the film. These reach out to a larger audience, including those who are not avid readers.  Being an absolute die-hard fan of Bollywood, I love movies of Mr.Vishal Bhardwaj. I think he is a very fine film maker who has adapted Shakespearean stories very well. I had once read Mr. Aamir Khan’s interview where he stated that he wanted to make the Mahabharata in parts like the Lord of the Rings. That is one film I would like to wait for.