Can you kick the addiction?
Just like any other addiction it can be treated and healed. Thanks to neuroplasticity we now know that the brain can be rewired at any stage. Treatment places for adolescents in Australia include ’Headspace’, ‘Ted Noffs Foundation’ and ‘Fr. Chris
Riley’. I asked Dr. Sitharthan if there is anything else that she could recommend where adolescents can seek out help.
“There are a few good websites that deal with adolescents with regards to their addictions – mental health issues. These are not treatment sites, but they provide useful and up-to-date information; hopefully which can be used to motivate and promote self-change.”
The general consensus from many psychologists is that treatment is a complex, not one size fits all, situation. However it seems that the best results come from programmes like the 12 step programme created for Alcoholics Anonymous. Also, ask schools, universities, your local government and your doctor to recommend a good adolescent psychologist and get some sexual healing. 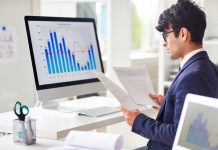