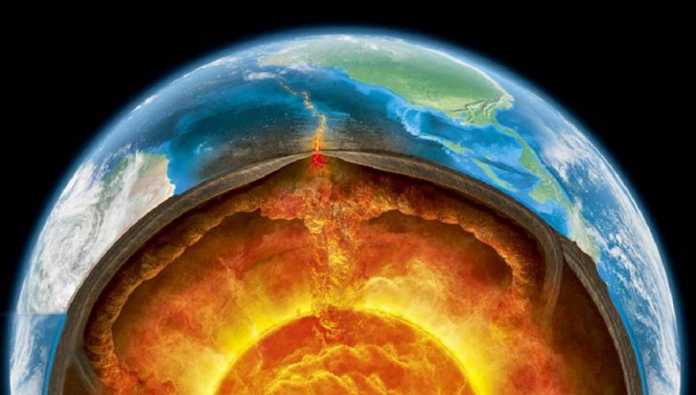 From stepping on the moon, to being in the space, science has discovered everything from the gravity to the black hole. Something that even science hasn’t done would be witnessing the Earth’s Mantle. The previous statement would soon be a history, as Japanese scientists are aiming to drill and explore the Earth’s Mantle. The plan is set to start sooner by 2030, with a number of scientists taking ahead the funding support of the Japanese Government.

“We don’t know the exact (composition) of the mantle yet. We have only seen some mantle materials — the rock is very beautiful, it’s kind of a yellowish green,” said researcher Natsue Abe, who works for Japan’s Agency for Marine-Earth Science and Technology (JAMSTEC). Japan has always promoted invention and innovation despite having many environmental odds, that are allowed nowhere in way of their development.

The three selected points on the planet are all in the Pacific Ocean, that brush passes Japan. These points are carefully selected, so as to get the 6kms drill into the mantle, a success. One of the selected spot is Hawaii, the other is Costa Rica and the third being Mexico.”It’s the biggest drilling ship of our science area, so the drilling capability is three times longer, or deeper, than the previous (vessels),” Abe said.

The first objective of which is to access the planet’s mantle by drilling through the sea floor. This would create history, as so far scientists have only observed the Mantle, from places the crust is thicker or absent. “The second aim is we want to investigate the boundary between the oceanic crust and the mantle,” Abe said. “The third objective being, we want to know how the oceanic crust formed.”The final and main objective is to further examine how deep microbial life exists inside the planet. “The limit of the life inside the Earth?” Abe said is essential to be known. This will further improve our understanding about species, existence and the effects of environmental changes. Japan has to plan it fully fledged to avoid any lapse. Further, there are a couple of years till 2030, so that the scientists can come out with a plan to finally be implemented.

There seems to be not less competition with a team of climate change scientists from UK also trying to drill the world’s largest glacier at the base of Mt Everest. The activity, will result in a better understanding about the climatic changes affecting the life of these gigantic snowy bodies. These have been for ages the point of attraction and hence it becomes important to understand which calamity can hinder their well-being.

“All the current data collected on these glaciers only just scratches the surface,” says Duncan Quincey, who leads the team of the University of Leeds. This team would spend approximately six weeks, living there, exploring the wide range of possible outcomes from working at an altitude of 5000 meters at the Khumbu glacier in Nepal.

“Understanding what actually happens inside these glaciers is critical to developing a better understanding of how they flow so that we can better predict when dams that form on these glaciers are likely to be breached, releasing vast volumes of water to the valleys below,” said Professor Bryn Hubbard from Aberystwyth University in the UK.

The implementation of both these undertakings would be equally exiting as their awaited results. Hope these takes the discoveries in science and our understanding about our planet a notch higher.