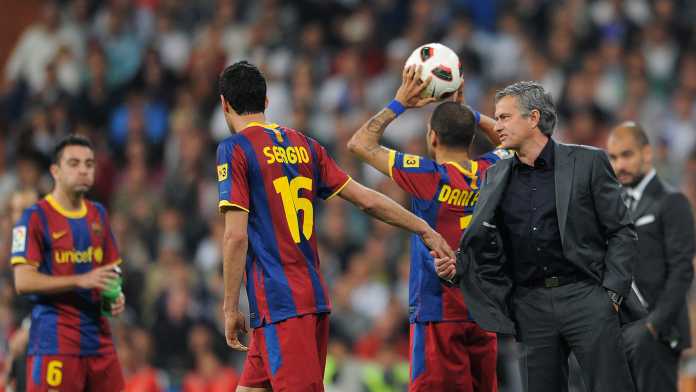 From UFOs to the Illuminati, conspiracy theories are coming up at a rate faster than scientific facts. But did you know the world of football is one of the biggest targets for conspiracy theorists? Football has a huge fan following and generally, things of that big a scale are never able to escape the clutches of conspiracy theories. Let us have a look at some conspiracies that floated around the football circuit over the years.

According to conspiracy theorists, the 1958 World Cup which saw the rise of Pele as a star footballer never happened! They believe that the World Cup was never actually set in Sweden and was set in USA to test the power of television. Swedish historian Bror Jacques de Wærn first came up with the theory after stating that the buildings seen in the background of the games didn’t look like buildings from Sweden. He stated that it might have been a CIA experiment during the Cold War to see the influence of television on common people.

Arsenal and Tottenham are one of the biggest rivals of the Barclays Premier League. But, for a very long time, Tottenham has been the one behind the Gunners. After finishing above Arsenal in 1995, the Spurs did not get their chance to finish above Arsenal until the 2005-06 season.  However, many players fell sick before their final match against West Ham United after eating a meal from their team hotel. The Spurs went on to lose the match. Many believe the Head Chef of the hotel was an Arsenal fan and hence intentionally spiked the food to allow Arsenal to be ahead.

Fans of teams opposing Manchester United weren’t all too happy when referee Howard Webb was put in charge of matches involving the Reds. It was mainly because people believed that the referee was a fan of Alex Ferguson and the team and gave them an undue advantage by making referrals that favoured the Reds. There are also memes online showing the referee in the Manchester United kit.

Barcelona is one of the most successful teams of La Liga. However, there is a rumour going on started by the great Jose Mourinho himself that Barca was favoured because it advertised UNICEF free of cost. The UEFA seemed to favour them because of that and many decisions went their way. However, it is best said that they have lost this advantage a long time ago.

Another conspiracy theory involving poisoning is Argentine team physio Miguel di Lorenzo spiking water and giving it to Brazilian defender Branco during the 1990 FIFA World Cup. Brazil lost a match against Argentina in the league stages. Defender Branco states he felt dizzy and sick after he drank the water provided to him by Lorenzo, and that’s why Argentina were able to score the only goal of the match that allowed them to win 1-0.

When the European Cup first came up in 1955, England had originally opposed the tournament, going as far as not letting their top team Chelsea play in the inaugural season. Ever since then an English team hadn’t lifted the cup until Celtic and Manchester United in the late 1960s. People believed that UEFA was purposely fixing matches against English teams because of their first opposition. However, the conspiracy bit the dust when Celtic picked the cup in 1967.

No, we aren’t talking about Cristiano Ronaldo here. But, Brazil’s star Ronaldo Nazario fell victim to Nike’s tagline ‘Just Do It!’ in the 1998 World Cup. Brazil had to face France in the finals of the match and Ronaldo had fallen sick before the match and he wasn’t supposed to play. However, it was a surprise for many fans as Ronaldo turned up for the game. Their happiness was short-lived as Ronaldo performed poorly, and one could see him struggling with his sickness. France won the match 3-0.

Many believe that Nike unnecessarily forced Ronaldo to play the game and threatened to end his sponsorship if he didn’t. They believe it was Nike’s move against ADIDAS who had sponsored French striker Zidane. Nike wanted Brazil to win badly, but ended up making the victory easier for France. However, there is no proof to this theory.