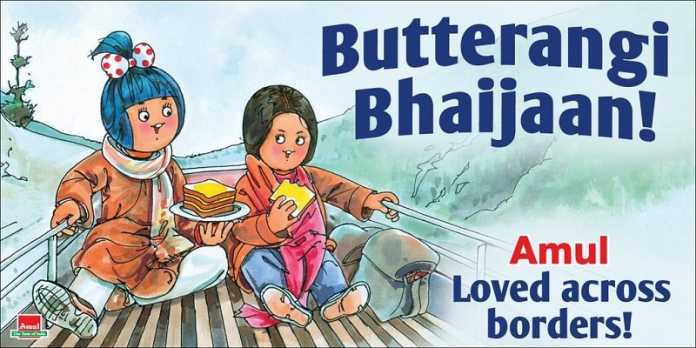 You can watch your video, but you have to watch an ad first

Almost every video on YouTube is preceded by a ten to twenty second ad that sometimes begins with a ‘skip ad in 5’ option and other times the viewer is forced to watch the entire twenty second ad against their will. For longer videos the ads are embedded into the video itself and can’t be skipped making it annoying for viewers that are trying to watch entertaining content without intermission.

Skip ads on YouTube and other streaming channels are the equivalent of ads on TV that viewers must sit through in order to view the content of their choice. Since viewers get to choose their content on YouTube, it seems only fair that they also get to choose when and what ads they are exposed to. Numerous ad block sites promise to tailor the ad watching experience for the user, but many ad blocking software businesses generate revenue while doing exactly what they promise to combat.

From ketchup to detergents, almost every major FMCG product company will invest in ads purely designed for digital media. To create these ads it takes a village and the process can take months from inception to execution. The product company will get in touch with their media agency that will conceptualize the idea and script for the ad film, after which the baton gets passed on to a production house that will shoot the film before it is edited and perfected for YouTube, only to be skipped. Advertisers and online publishers try to maximize the reach of the ad films and are usually relentless in getting views for every film even if it means pushing money to promote and buying views. But with passing year technology sharpens and ad block software are becoming increasingly precise to counter and disable ads as they are today and advertisers and publishers will fight tooth and nail to keep ad films afloat.

The number of agencies and production houses sprouted in Mumbai alone for the digital advertising business is staggering and the industry employees thousands of people each day. A simple thirty-second film created for a soap ad could employ over a hundred people.

The budget for an ad film is dependent on multiple factors, who makes the ad film, who stars in it etc.  Ad films made for holidays; special events and sports can have huge budgets and even warrant filming in exotic locations over multiple day schedules. An ad film is just a condensed version of a traditional film at the cinema, following all the steps from pre to post production in the way a 60 to 120 minute film would require; and it can take well over a month to make.

The budget for televised ad films is higher than that for digital ad films, often staring celebrities and created by top tier firms. These types of ad films have the potential to elevate or destroy a brand. When Pepsi launched their blue soda for the world cup in 2003 it sent the audience on frenzy. Watching the national cricket team endorse a product made everyone want it but unfortunately the product was not as good as the advertisement promoting it.

Most iconic television ad films are the ones that stay in the minds of viewers over time. Jingles that turn into catch phrases (Lays, no one can eat just one or What an Idea) stay with the audience for a long time versus ads that are forgotten almost instantly, the fight to linger on in the minds of the viewers is a tough one. For digital ad films the opportunity to connect with the audience is even more challenging, because most viewers are forced to watch the ad films while they are waiting to watch a video of their choice. They aren’t expecting to see adds in the same way that they know they have to on TV. Anyone that has watched a video on YouTube or Facebook has likely seen one too many ads floating on the corners of their screens. Even if a viewer takes the extra step to ‘adjust settings’ to inform the search engine their preferences the ads cannot be entirely eliminated only the types are tuned to those choices. This raises another problem for publishers who have to ensure effective and equal views for every ad film they are generating revenue from.

Because real estate on television is incredibly expensive and in contrast to share an ad film on digital media is close to nothing, the amount of content being churned and spit out exclusively for social media is so high that the content doesn’t have time to live and age online. If an ad film does not make an impactful first impression it will just rot away in the landfill of the Internet under a mountain of decaying memes and the next ad film will replace it. However if an ad film does manage to get digitally famous, not only will its virality validate the many marketing heads that had a hand in shaping the same, but it might positively impact sales of said product also.

In a time when likes and views can be bought, to create a viral video is challenging and sometimes unnecessary, the customers of the digital age cannot be lured easily. If an ad follows them from one website to another, and seems to be beating them over the head with abrasive branding, that can lead the customer away from the product/ brand rather than towards it.

Just a recognizable face endorsing a product isn’t sufficient to pull in a new customer because the same face endorsing a cell phone could also be endorsing a bar of soap and may not even be a consumer of the product. There are also faces that are the exception to the rule like Ranveer Singh who always manage to bring an element of entertainment without being repetitive; his Maxfresh ad film for Colgate was one of the most viewed Indian ad films on YouTube in 2016. Brands that are able to marry content and advertising seem to be a bigger hit with viewers. For example, another top viewed ad film of 2016 was Snapdeal’s find your ideal husband film, and since then Snapdeal has worked with comedians to create humorous content that communicates the brand message but also keeps the viewer entertained.

Another indie company that creates content for YouTube that doubles, as advertising is Glossier, a cosmetics company from the United States. What started as an independent makeup company is morphing into a cult favorite and their YouTube marketing playing a major role in propelling sales. For each product introduced, they share a series of videos that follows women using the products in their own unique way, encouraging their target audience to do the same.

If made well, ad films can be a highly effective medium to communicate a message to a large number of people. Around holidays and other significant days, ad films with powerful messaging flood digital platforms, form mothers day to New Years, promoting a large variety of products and in some cases messages of social importance.

Vidya Balan’s efforts to promote sanitation improvement in the country created awareness where it was needed, and Mr. Bachachan’s voice over alone made tourism in Kutch seem more appealing.

Because the viewers have been subjected to countless ads, less might be more. If the treatment of the ad is less than satisfactory (Kendall Jenner’s Pepsi commercial) the ad film can damage the perception of the brand instead of improving it.

In a densely populated digital world ad films are the tools that can pull or push customers towards a brand. A quality ad is indicative of a quality product and if an ad film can successfully keep a viewer engaged it might just cause that viewer to stick around convert into a consumer.

All brands and agencies have intelligent employees that track and compute the sales generated as a result of the money spent on advertising. While the big brands have the luxury to exhaust budgets on ad films every year a lot of smaller and mid size companies stretch themselves to create ad films in the hopes of driving up sales.

The actual numbers for ROI on ad films is not information that is readily passed out in press releases but consumers always find a way to check a product before spending on the same. Consumers will check competitive prices and reviews for everything from a sandwich to a hair dryer before making a purchase, so it is essential that all communication in an ad film be as crisp and effective as possible. Channels like YouTube and Facebook are now more crowded than ever and to leave a mark in the sand advertisers will have to be more creative than ever before.