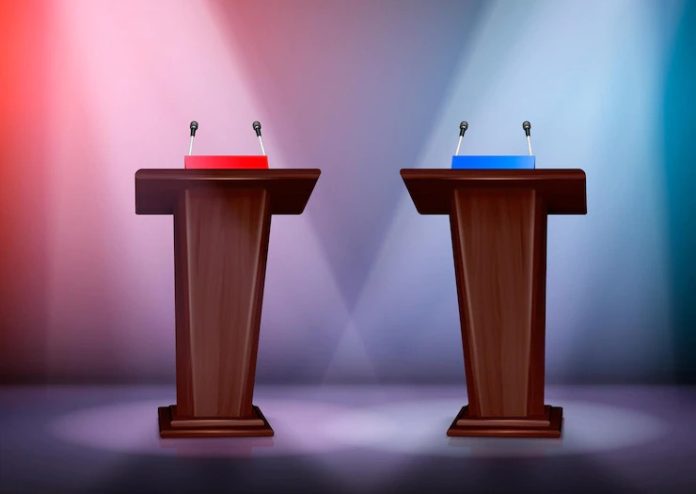 A social issue is a problem that affects many members of society and reduces their quality of living. In the developing world, some of these challenges include poverty, homelessness, malnutrition, poor access to healthcare, and poor food quality. First-world countries also have their fair share of social issues. Examples include bullying, natural disasters, sexism, unemployment, and substance abuse.

Colleges and universities have decided to discuss many of these social issues in debates and academic essays. If you are interested, you will find some examples of argumentative essays at GradesFixer. A particular school of thought supports this movement. Conversely, another small fraction of people despises it. There are many free examples of essays on the internet depicting the thoughts of these individuals.

They believe it is morally incorrect to publicly discuss certain social issues, owing to their moral affiliation or personalities. Why should we discuss our social issues in higher institutions of learning? Let us find out.

As social beings, we mingle with each other every day. There is a tendency for us to discuss concurrent issues and listen to each other’s opinions. However, little variations in opinions can escalate if people don’t handle their differences with maturity. No two people have the same mindset. Instead of raising our voices at each other, we can watch our words and argue constructively.

Let’s consider a typical example. Suppose two men, James and Natasha, are talking about the impact of heroin abuse on young people. James insists that all drug addicts are bad and should be removed from society by the government.

This is the kind of outcome you will get during school debates. Young people will rub their minds together to produce solutions to society’s problems.

Constructive debates involve a lot of statistical research on the end of the opposing parties. We learn to dig into past data, draw dashboards, and make inferences from our discoveries. This is the way our social issues can be solved. For example, a society with high-income inequality is prone to civil disturbances and homelessness.

During constructive arguments in colleges, the debaters also search for loopholes in each other’s stories. They try to test the other party’s thought pattern. In a debate, you could lose points if you hesitate to reply to comments and questions.

That means your facts have to make sense. This way, young people can read online information sources, draft articles, and defend them. They will be able to acquire good teacher comments for students’ writing. Acquire During typical debates, there is a need to speak clearly and accurately. These skills will be useful in future scenarios, whether in workplaces or professional relationships.

Journals, academic essays, and thesis drafted from debates are useful for Non-Governmental Organizations and the government

Apart from grading college papers, colleges and universities have leveled up their research capability in almost every field of human endeavor. They have worked on new drugs, automobiles, and smartphones. Our social issues have not been an exception.

Several scholars have released research paper publications and journals on the issues facing society. How else can they get sufficient information for this task if they don’t rub their minds with other academicians? This is the point where college debates are instrumental.

For example, the University of Cambridge published an article addressing the negative and positive effects of social media. The institution claimed that many of us associate social network apps with poor teen health. Yes, nobody denies that fact.

However, do you know that social media was a lifeline for many people during the isolationism of the COVID-19 era? That is the positive effect of quality academic research and thinking among seasoned academicians.

Even governments are in the dark about complex social issues. Most times, they don’t know the right policies to balance the lives of their citizens. Quality outcomes from university debates might be the help that they need to draft helpful laws. NGOs can equally benefit.

Many of us have lived in our country of birth for our entire lives. We don’t know the concrete truth about the challenges that different parts of the globe are facing. When colleges set up debates, they open the eyes of their students to the principle of operation of our planet. The goal of education is not simply a student contract for grades.

Let us look at a critical example. Mass migration is an issue of concern for both political leaders and average citizens all over the globe. Millions of people are thinking about how to migrate from developing regions to advanced countries.

Their mind tells them that life in first-world countries is heavenly. Unfortunately, the advanced countries today also have their fair share of social challenges. When the mass migrants arrive at their “heavenly” destination, they discover that the grass is not always greener on the other side. Many of them experience racism, homelessness, loneliness, and homesickness.

Proper orientation from academic institutions can teach students about the geopolitical situation of the Earth. Young people should realize that no country is perfect. Social debates are one of the best platforms for people to learn about these things.

By default, our society isn’t flawless. It is bound to have a lot of problems. As our civilization evolves, new challenges arise. Fortunately, history has shown that humans have always found a way to solve their problems.

Over the past centuries, educational institutions have provided solutions to many social issues facing us. Therefore, we should allow college students and young researchers to discuss social issues in debates. They also need to learn how to spell for good grades. Many solutions to our society’s problems can spring out of those constructive arguments. Our youths are the future!