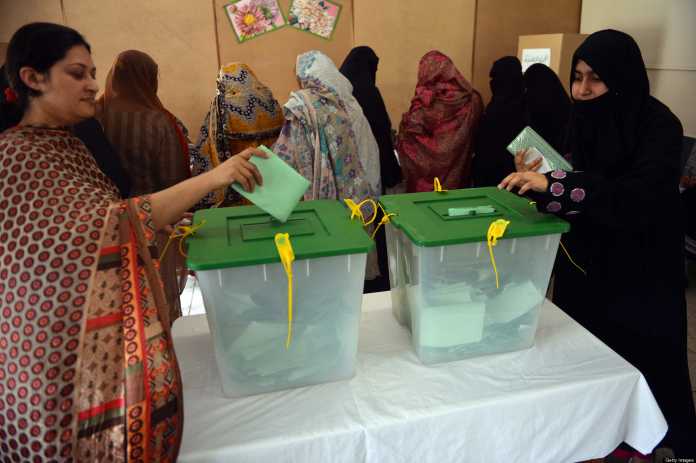 Pakistan will be going for its General elections on July 25th, 2018. The country has completed a decade with a stable democracy. Pakistan and India may share a common history but both the countries have been at loggerheads with each other for a long time now. Peace on the LOC, to ease out the tension on the bordering regions and many such more issues have been unresolved for years now. With the upcoming general elections, India has a lot to look forward to.

The Kashmir matter has been the key point of disagreement in all the peace talks that have happened so far. India will also be economically eyeing the election as the new Prime Minister is expected to bring in new economic policies, which may affect the country’s international trade and import-exports; both of which will affect India indirectly. India and Pakistan have been spending billions of dollars on guarding their borders and developing more nuclear weaponry.

On one hand where Pakistan now only has China left as a loyal friend, as India has been steadily gearing up international support against Pakistan’s Terror policies. Pakistan’s current position in the United Nations might not be as strong as India’s, but the country (Pakistan) is leaving no stone unturned to corner India by framing up fake Ceasefire violation records and Infiltrating false updates on the Kashmir violence issues.

A stable civilian government not submissive to the military is what India would look forward to for its diplomatic relations. With a new leader coming in the picture as the country’s prime minister, the Indian government may also look forward to having a successful peace treaty, where militaries from both the country reach a mutually agreed upon decision, which will ease out the tension on the border.

There have been incidents in the past of the Pakistan military establishment sabotaging relations whenever both countries’ governments work to strengthen their relations. For example, after PM Modi’s impromptu visit to Lahore to meet Nawaz Sharif, there was an attack on the Indian Air Force station in Pathankot.

India has so far been opposing the active involvement of Hafiz Saeed co-founder of Lashkar-e-Taiba who has been named as a primary accused in the 26/11 Mumbai terrorist attacks. After a lot of international pressure, Pakistani court banned Hafiz Saeed’s party from contesting the election.

He has now extended his support to another local party named Allah- Hu-Akbar, under which his 200 contenders will be contesting elections across multiple seats of Pakistan. Imran Khan is one of the top faces of this year’s election, where he is promising to deal with various issues such as corruption, education for all, better hygiene etc.

It will be interesting to see how the election campaign progresses further, and what does the new government bring in for India.