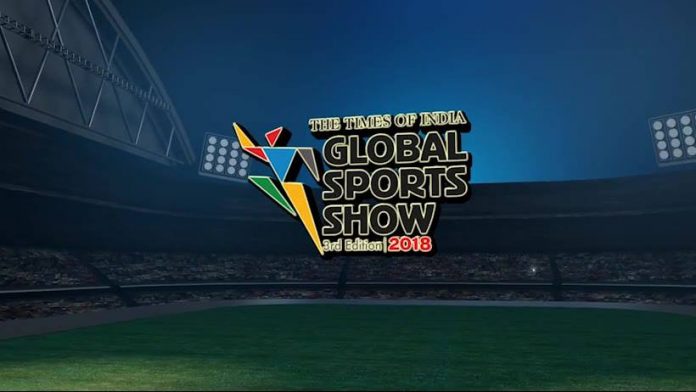 The third edition of the Times of India Global Sports was carried out with much élan and panache, as sports enthusiasts and business owners alike, descended at the Bombay Exhibition Centre, on the 13th, 14th and 15th December.

The show brought together different parts of the sporting world, such as businesses, corporates and key stakeholders under one roof, all with an aim to shine a brighter spotlight on India’s Sports sector. There were multiple workshops, conferences, exhibitors from the sporting industry, and even a live-action zone where enthusiasts could participate in a number of activities organized such as cricket games.

Day 2 began with a welcome address, followed by a keynote address on the growth of sports in the Indian subcontinent. Next up was a panel discussion on the economy of sports and the milestones that the industry is yet to achieve. We also attended another discussion on how brands have a hand in fuelling India’s sports appetite.

Another important point touched upon in the discussion was the limitations in resources in the sporting industry. The need for better infrastructure, adequately trained coaches, and much wider international exposure were greatly emphasized upon. Other exciting discussions taking place included the evolution of eSports in India, the growth of India’s sports goods market, and the future of Indian Sports leagues on the global stage.

The exuberant atmosphere in the exhibition area made way for some pleasant interactions, including the one we had with June Rodrigues, representing the State of Andhra Pradesh, who delighted us on how Andhra Pradesh is going to become a sporting hub of India “We have a number of sports programs through which children are introduced to various sports academies in the state. We also have sports nurseries, gymnastic nurseries and swimming nurseries catering to budding sportspersons from six to twelve years of age. We’re also promoting tribal sports with the help of sports schools located in rural areas,” she said.

Another stellar exhibitor was the Gulmarg Ski Academy, the brainchild of sports enthusiast Maria Samuel. This academy offers skiing and snowboarding adventures in the snow-laden Gulmarg, for people of all ages, and at various different experience levels, a one of its kind in the country. Says Maria, “We travel the world over to engage in this sport not realizing that we house the world’s third-best skiing and snowboarding destination. I urge everyone to take it up, especially in a country like ours where skiing may not be as popular as it is globally.” The academy is also working on encouraging the youth through their association with multiple schools across the country.

The exhibition certainly fostered an environment of encouragement, and brought together like-minded sporting enthusiasts, who are determined to fight the odds and pave the way for India as a sporting nation, and its eventual global domination.