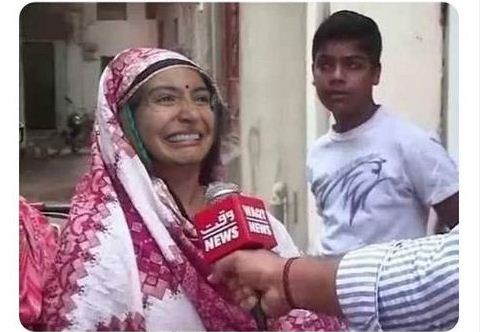 The launch of the Sui Dhaaga- Made in India trailer starring Anushka Sharma and Varun Dhawan generated a rather unusual response of its kind. More than the film, the memes made out of Anushka Sharma’s a.k.a Mamta’s expression seemed to be all the rage on social media. Trolls are cleverly photoshopping her face onto movie posters, movie stills, photos, etc. creating a total laughter riot with the memes.

Set to release on September 28th, Sui Dhaaga is about a couple, Mamta and Mauji (Varun Dhawan) who chase their dreams of becoming successful entrepreneurs and make garments produced in India. The movie is also inspired by the government’s Make In India initiative.

It’s clear that this wave of memes isn’t going to stop anytime soon, and here we have some of the best ones on the internet: