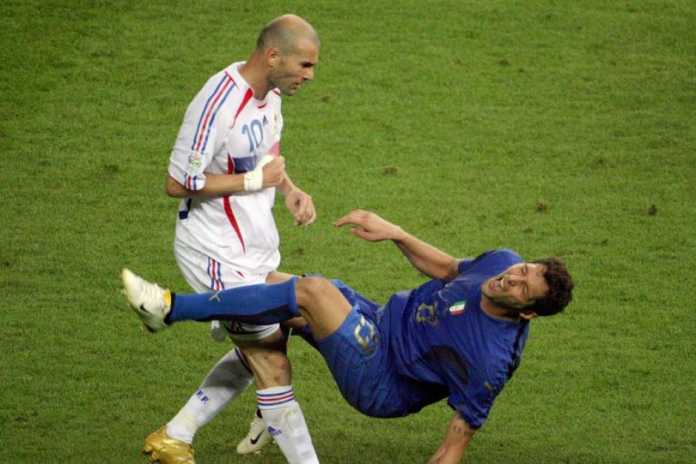 The FIFA World Cup isn’t far away and the whole world is in eager anticipation. It is one of the most watched sporting events with over half of the world tuning in. Probably if Thanos snapped his fingers, the entire world would only be left with FIFA fanatics. So as to get more excited and power ourselves up for one of the greatest sporting events in history, let’s look at the best and worst moments of the FIFA World Cup so far – The 2006 World Cup held in Germany saw France and Italy in the finals. However, the final is less remembered for Italy’s victory than Zidane’s controversy. Zidane was one of the most respected players of France and was set to retire after the final. However, unlike other players who have a hearty retirement, Zidane’s was riddled with controversy after he head-butted Materazzi of Italy. Zidane was immediately sent off with a red card. But most people empathise with Zidane as he claims that Materazzi insulted his mother. Zidane still refuses to apologise to Materazzi but says he regrets the incident. Some even think of Italy’s win as unjustified. ADIDAS has been constantly fired by players for allegedly producing sub-standard match balls for the World Cup. The ADIDAS Jabulani which was used for the 2010 FIFA World Cup was highly criticised for being unpredictable in the air. This controversy shifts to the upcoming 2018 World Cup as the ADIDAS Telstar has already been criticised by a lot of players. However, one shouldn’t let the controversy of the footballs to get to them as this happens almost every year. But, it is said that the footballs for the World Cups have been favouring the strikers more than the goalkeepers. This is probably one of the silliest controversies to exist. During the 1990 World Cup, Chilean goalkeeper Roberto Rojas faked being hit by firecrackers hurled by Brazilian fans. He faked being seriously injured and hence was banned for life. Chile was also banned from participating in the 1994 FIFA World Cup held in the USA. This is the most saddening and frankly pathetic incident football has ever seen. In the 1994 World Cup Andres Escobar scored an own goal causing his team to lose. USA and Colombia were tied 1-1 but Escobar’s own goal allowed the USA to win 2-1. However, just because a player underperformed or committed a mistake, he shouldn’t have to lose his life. Escobar was assassinated the next morning by the Colombian Cartel. He was only 27. This differs depending on whether you are an Argentina fan or an England fan. In the 1986 World Cup Maradona scored the first goal using his hand. Yes, you heard it right. The referee was unable to catch the action and awarded Argentina a goal. However, the second goal was a pure beauty as Maradona single-handedly beat the defenders and the goalkeeper himself, through intense dribbling to score a goal and win the match. This again differs from one whether you support Germany or Brazil. But, to the Brazilian fans, it was rather saddening to see their players reach the semi-finals and lose out to Germany so badly. Everyone was expecting a close game hoping it would go onto at least extra time. But nothing of that sort happened. Brazil already had Neymar Jr. out because of his serious back injury, and to add salt to the wound, Germany won the game 7-1, with four goals in the first half coming in a span of a few minutes. It was disheartening to see the Brazilian fans heart-broken and in tears as their players left the field.

Gordon Banks Save of the Century Gordon Banks was an English goalkeeper who made one of the best saves during the 1970 World Cup group stages. What makes it the best save is not only the agility and athleticism shown by Banks but also that he denied the great Pele of Brazil the goal. Pele states that he still doesn’t know how he didn’t score as his header was right on target. However, Banks’ agility denied Pele his goal and is called the ‘Save of the Century’ in England.

Roger Milla Comes Out of Retirement One of Cameroon’s best players, Roger Milla had to come out of retirement in the 1990 World Cup at the age of 38. Roger Milla really helped Cameroon qualify to the round of 16 and subsequently the quarterfinals where they lost to England. One of Milla’s best goals was against Colombia when the goalkeeper was foolishly caught in possession outside the penalty box and was tackled by Milla who later tucked it into the empty net. The 2010 World Cup had one of the most nail-biting finals as the Netherlands kept going forward and attacking Spain only to be denied goal by Casillas’ athleticism. But, one would think because of Netherlands’ attacking nature they would be the ones scoring or at least the match would reach the shootouts. However, everyone was proved wrong as Iniesta from Spain scored at the 25th minute of extra-time with only four minutes to spare. Spain went on to win the match 1-0.

Another interesting aspect of Spain’s win was that Paul the Octopus had previously predicted that Spain would win the match. Paul also managed to predict most of Germany’s matches correctly in the 2010 World Cup as well as the 2008 Euro Cup.

The Birth of Pele Pele is a master player of Brazil who helped them win a lot of cups and matches. But, it all started in 1958. Pele was included in the World Cup team and played the group stages and semi-finals where he performed brilliantly, but the coach was still wary about making him play the final, as he was only 17 and the youngest player to participate in a World Cup. However, Pele’s teammates convinced the coach and Pele played in the final against Sweden. Brazil went on to win the game 5-2 of which Pele scored two goals. It was also the first time Brazil won the World Cup. It was truly the birth of a legend.