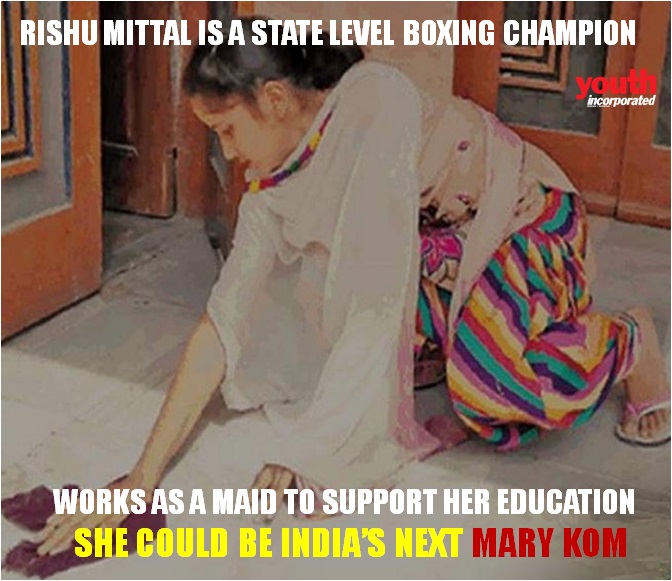 At the 2015 National Games, the state of Haryana finished third, with Rishu Mittal from Kaithal , winning the gold medal at the 2014 state championship. However, the most recent story from the state doesn’t paint a pretty picture. Despite the feat, Mittal, who lives with her brother, now works as a maid to support her education and sport. The 16-year old competes in the 46 kg category and has also won medals for the state at national level events in Bhivani and Faridabad. Her coach Rajinder Singh said, “This girl has lost her parents. Her brother is doing a low paying job. She works at other people’s home to survive.” Mittal says that she considers boxing champion Mary-Kom as her role model.  Here’s hoping she doesn’t have to overcome similar hurdles to reach her goals and fulfil her ambitions.