If you’re received substandard medical care, whether from the NHS or a private provider, then it may be that you’ve been a victim of medical negligence. Negligence of this sort comes in many forms, and sometimes it isn’t just one medical professional at fault, but an entire organisation. Fortunately, there are legal means via which you might put the matter right. Let’s take a look at a few of the steps you might take.

What is Medical Negligence?

To qualify as a victim of medical negligence, you’ll need to fulfil several different criteria. You’ll need to have suffered harm as a result of the quality of care you’re given, and that care will need to be judged substandard by other medical professionals.

Common forms of medical negligence include misdiagnosis, the wrong prescription, a lack of forewarning about potential side-effects of a given treatment, or a mistake made during surgery. You can also claim on behalf of other people. Perhaps you have a relative who has died, or who lacks the capacity to make a claim on their own behalf. In either case, the process is broadly similar.

In order to demonstrate medical negligence, you will need to keep a record of the treatment you’ve received. This might mean prescription slips and other paperwork. If you’ve lost some of these, then you may be able to extract them from the medical organisation in question.

Will I have to go to court?

The NHS Resolution, the body in charge of handling legal complaints against the NHS, will take complainants to court around 2% of the time. In the majority of cases, an out-of-court settlement will be made, or the case will be dropped entirely. If your solicitor thinks that you have a strong claim, then the chances are good that you can make it without having to pay a visit to court.

How will I pay?

In the majority of cases, medical negligence solicitors will proceed on a no-win, no-fee basis. This means that they have a strong incentive to take on sure-fire winners, and turn away everyone else. This way will ensure that you get peace of mind that you’re not going to be out of pocket in the event of a loss.

How long do I have?

Medical negligence claims must be made within three years of you first realising that you’ve been a victim. If you are under eighteen, this clock does not start until your eighteenth birthday. 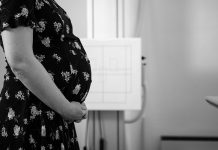 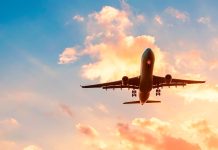