THE CHAMPIONS LEAGUE
Known officially as the European Champion Club’s Cup before 1992, the Champions League is a long drawn competition which takes place over several months of the football calendar. The team to secure this trophy is considered to be the best team among Europe’s elite divisions. It is a favourite among fans since most of the best players in the world play in the elite European teams which compete in this tournament. The standard of quality from this competition is always quite high. Players also enjoy the fame and salutations received on being associated and succeeding in this competition.

TOURNAMENT FORMAT
The tournament can be broadly divided into the following stages:
(a) Qualifying: This consists of 3 qualifying rounds and a play-off stage. 10 teams are selected through the qualifying stages to join 22 teams that have been previously selected through automatic qualification for being the best teams in their respective domestic league.
(b) Group stage: A short table format where the 32 teams to have qualified are split up into 8 groups of 4 each. Each group will have a winner and a runner-up to proceed into the Round of 16 stage. The third placed team in the group qualifies to play in the group stages of the UEFA Europa Cup.
(c) Knockout phase: The Round of 16 is played by the qualifiers from the group stages. This is followed by the Quarter Final with 8 teams and the Semi Final contested by 4 teams. Each team plays against their opponent twice in the Knockout phase (one home leg and one away leg).
(d) Final: The ultimate match which brings a close to the tournament
by deciding the champion team of European football

NUMBER OF TEAMS
A total of 76 teams from 53 countries compete in the Champions League every year. However this number is inclusive of the Qualifying stages which are not always considered in record tabulation. The tournament proper is considered to begin from the group stages with 32 teams taking part.

THE FINAL
The Champions League Final is one of the biggest nights in the football calendar. The final of the competition last year was the most watched sporting event in the world for the year 2013 with over 360 million television viewers tuning in. The final will be held at the Estádio da Luz in Lisbon in Portugal on 24 May.

WATCH IN INDIA
The Champions League matches are telecast live on the television channels Ten Sports, Ten Action and Ten HD. Because of time differences between European countries and India, the matches usually start live between 23:30 and 1:30 IST. 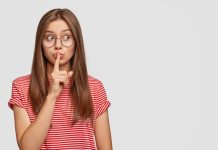