Section 375 of The Indian Penal Code defines rape as follows –

“A man is said to commit “rape” who, except in the case hereinafter excepted, has sexual intercourse with a woman against her will and without her consent”

This shows that the Indian Penal Code itself fails to recognise the fact that men too can be raped. This indicates that there is no room for an adult male victim. A man in India is always expected to ‘be a man’. Now, what does this imply? It implies that a man must be strong, powerful, dominant, brave, macho, aggressive, tough and is definitely not supposed to cry or be weak.

People are of this common thinking that rape is a crime which is only committed by men and that males cannot be a victim of rape/sexual assault.  However, that is not true and isn’t fair to those men who have been a victim of sexual assault.

Before proceeding further, let’s first look at the myths that have managed to rule out the actuality that men can be raped.

Men are not vulnerable

It’s unusual for an Indian mind to even think about a man being molested leave aside he being raped. The society expects males to be rough and strong. Thus, when a man complains or speaks of being sexually assaulted, he is usually mocked and not taken seriously. To stay away from being shamed, mocked and called unmanly by society, men also fear to confide and prefer to not talk about it.

Our society is also such that it won’t easily believe on an incident that speaks of a woman assaulting a man. Moreover, with the law being more protective towards the female section of the society, makes it more difficult for the male victims to prove their innocence. Hence, even if they decide to fight back or defend themselves, they fear that it might just backfire on them.

It is a common assumption that men get an erection or an orgasm when they are sexually aroused. Getting an erection indicates that they enjoy sex. This however is not always true. Experts have made it clear that just because males get erection doesn’t mean that they are aroused or enjoy sex. Erection can also occur when a man undergoes fear, trauma or painful sexual situations.

It’s a myth that men who are subjected to sexual abuse undergo mild trauma and is lesser as compared to the trauma that women go through. However, studies show that most of the times men too can undergo equal amount of trauma, the reason being the social stigma of being weak and unmanly which is usually followed by being looked down upon and in worse cases mocked.

Agreed, that in India the number of female rape victims are much higher than male rape victims, but we cannot turn a blind eye to the fact that men too undergo sexaul assault.

When we talk about men becoming the victims of sexual assault, there are two kinds of perpatrators involved, which are both male and female.

There are cases where boys have undergone sexual assault and rape but hardly anyone is aware of these.

Last year a 14-year old-boy was sexually assaulted  in Mumbai and killed by the rat poison he consumed after the assault, according to the details given by Reuters. Regarding this case Inspector Balwant Deshmukh, the investigating officer, said that the police have all but given up the hope of finding out the perpetrators. “We will revive the case if we get new clues, but as of now it’s in cold storage,” he told Reuters.

After the Kathua rape case, PM Modi mentioned death penalty for rape of girls below the age 12 and increased the minimum punishment for those who raped or sexually assaulted the victims under the age of 16. This shows that even the centre while making statements related to rape crimes throw maximum light on rape crimes against women taking very little acknowlegemnet of the fact that there are male rape victims too who require justice.

Insia Dariwala is a social activist who runs a foundation that raises awareness about child sexual abuse, said that the police usually lack the sensitivity to deal with the cases of assults on boys, a statement quiet believable.

She said to Reuters , “I have interacted with adult male survivors and social workers who have cited police hostility, ridicule and even lack of trust when it comes to believing that a boy was sexually abused,” she said. “The most common perception dished out to male survivors is that they may have enjoyed it.”

There was another case where two boys in Mumbai of the age of 10 and 13 committed suicide. It was later confirmed that they were sexually assaulted.

There was yet another case where a 16-year-old boy filed a complaint against 15 boys for sexually assaulting him for a year. After an unbearable pain and trauma he disclosed this to his friend.

While these are just a few examples, there are many others that are never brought to the public eye and many more that don’t even get reported.

As stated in the Rueters, in 2007 a suvery was conducted by the Indian government to look at child abuse specifically which included rape or sodomy. The survey showed that 57.3% were boys and 42.7% were girls. More recently, the Delhi-based Centre for Civil Society found that approximately 18% of Indian adult men surveyed reported being coerced or forced to have sex. Of those, 16% claimed a female perpetrator and 2% claimed a male perpetrator.

The point that I am trying to make here is that anyone can be sexually assaulted/raped and that rape is an inhuman and brutal crime which should not be gender specific. Through this article, I do not mean to point out flaws or faults of any authority or the government but just bring one simple and basic thought to the notice of people and to make them aware that any kind of physical contact without the person’s consent is unacceptable irrespective of what the gender is. 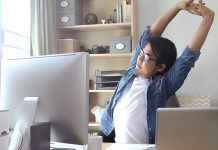 Though Stretching Is Considered A Gesture Of The Lazy, It Is Healthy 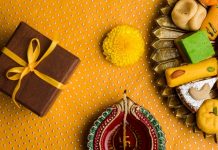 Affordable Diwali Gifts To Gift Your Loved Ones This Year 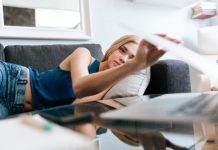 5 Reminders For Those Who Have Started Taking Life Too Seriously 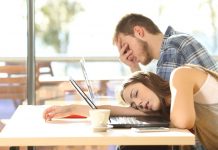 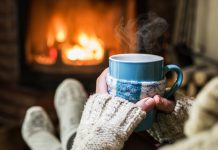 5 Must-Watch Movies That Will Change Your Perception

Yeshwanth Kumar Umasankar Has Made India Proud With His Culinary Skills