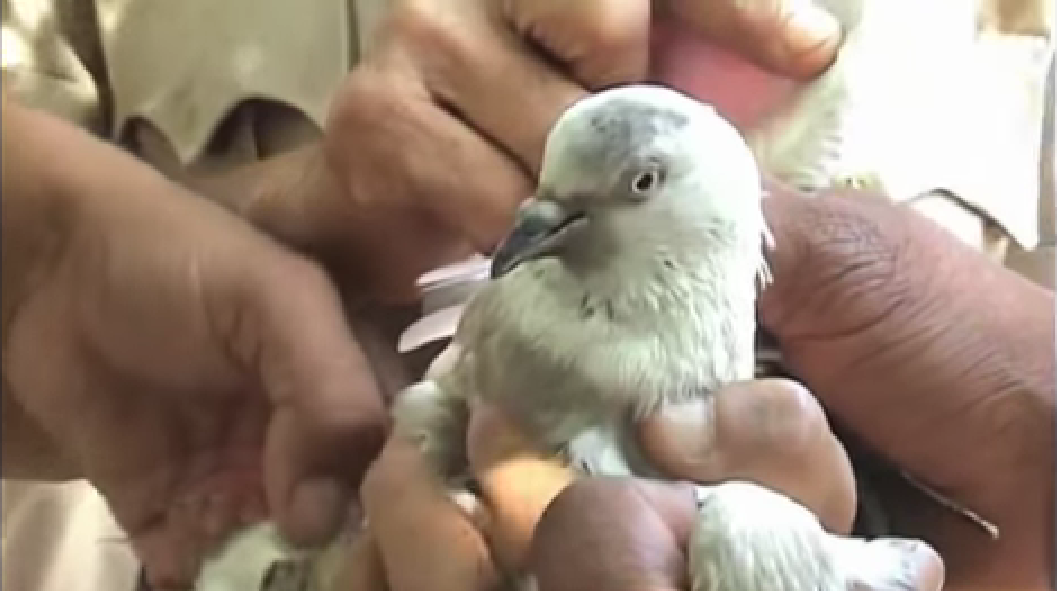 Earlier this week, a Pakistani pigeon that flew over the border was captured and held in custody by Indian authorities. Where intelligence and military authorities are using advancing technologies to outsmart their enemies, this is clearly old school. The pigeon was carrying a message in Urdu along with what appears to be a landline number originating in Pakistan. The pigeon was captured by a young boy in the indian village of Pathankot, who made no delay in reporting the pigeon to the police. Flummoxed by this flying spy bird, X-rays were conducted on the bird to see if it was carrying other objects with it. In the age where drones have become a common sight, this bird does steal the limelight away!

“Nothing adverse has been found, but we have kept the bird in our custody,” Pathankot senior superintendent of police, Rakesh Kaushal told the Times of India.

He adds “This is a rare instance of a bird from Pakistan being spotted here. We have caught a few spies here. The area is sensitive, given its proximity to Jammu, where infiltration is quite common.”

The unidentified pigeon has been classified as a “suspected spy”.