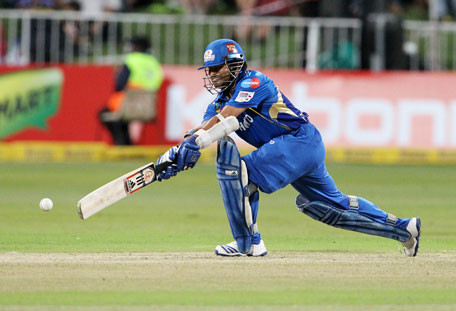 “You can’t improve what you don’t measure”

TECHNOLOGY NOW DEFINES EVERYTHING THAT WE DO, AND THIS INFUSION NEEDS TO BE JUDGED
WITHOUT BEING TOO JUDGMENTAL. TODAY, THE GOVERNING BODIES OF VARIOUS SPORTS USE TECHNOLOGY TO MEASURE, GAUGE, ANALYZE AND REANALYZE THE OUTCOME OF A SPORT SPORTS AND TECHNOLOGY
Technology, they say, is a game changer. In my opinion, the validity of the aforesaid statement has been established many times over. How? Well, for one, phones are getting smarter and the very people who created them, dumber. So there you go: game changed. It is needless to say that technology now defines everything that we do, and this infusion needs to be judged without being too judgmental. Playing a sport professionally now is a lot more complicated, owing somewhat to the blending of technology on the field, the stadium, the courts and even the table.
When the Olympics started in 776 BC, it primarily represented combat skills, a show of strength to be precise. Gladiators and slaves were hired, in order to represent the councils. Their win was that of his council or state. Sheer physical brilliance was the winning criterion. Today, the governing bodies of various sports use technology to measure, gauge, analyze and reanalyze the outcome of a sport. THE GOOD, THE BAD AND THE CAVEAT
Technology is now being used (or abused, you decide) to enhance performance at different levels. The instances are many – from synthetic tracks that help athletes run faster, Astro turf surfaces and fibre glass hockey sticks that redefined the way India plays its national sport, Luxilon technology used in racquets for getting serves of 200 kmph and endless rallies in tennis, swimsuits to create world records in temperature controlled pools. Sachin Tendulkar once upon a time smashed those boundaries with a custom designed bat. It wasn’t a style statement from the God of cricket, it was the precursor to a norm, adherence to which can lead to better performance delivery and just that perfect reverse swing, sweep or the magnanimous yet super effective helicopter shot. No kidding.
Besides performance enhancement, technology has helped make sport unbiased, unprejudiced and occasionally trump human judgment in order to deliver an accurate decision. Instadia displays and slow motion cameras help increase spectator participation as well as decide on the upper hand in case of a close finish. But how did so much technology come into play in the first place, quite literally turning the motto of the Olympics – Citius, Altius, Fortius (faster, higher, stronger) – upside down?
There are two prime contributors to this high-tech mess – first is the over commercialization of sports and second is the power of broadcast media. In the 1936 Olympics held in Berlin, Germany was the first ever live televised sporting event. Germany wanted to show the world how Berlin was a world class city with the latest in technology and support systems. Filmmaker Leni Riefenstahl was commissioned by the German Olympic Committee to film the Games. Her film, entitled ‘Olympia’, released in 1938, introduced many of the techniques now common to the filming of sports.
Live, and now repeat telecasts, are bringing in a whole new set of audience to watch sports, those who were not in the arena, but can still watch it from the luxury of their homes. This has spewed a whole new opportunity in the form of advertisers who can sponsor the games and reach out to potential customers and sometimes their actual target audience. The focus today seems to be more on the angles that the opening and closing ceremonies can be filmed at, and how much ad time can the channel programming guys can squeeze in. Telecast times are at odd hours in different time zones with very short buffer periods are forcing players to deliver bursts of performance rather too quickly.
The Beijing Olympics had eight official sponsors, all engaged in one-upmanship sometimes their spirit
outmatched that of the players, so much so that we remember those 8 sponsors but not the number of
medals won by individual countries! Integrating with social media platforms has meant that the
experience of watching a sport is highly invasive and targeted. Is the sporting universe willing to pay this
price for a fair game and maybe some more fan engagement?
The numbers say yes, the fans hoot no. We want a way out of this, sport where a “Review” cannot trump an umpire’s index finger maybe? One of the ways out of this is to have two categories of sports – Amateurs (like Olympics) and Professionals (like the ATP Tennis tournaments). Let us at least spare the amateurs to participate in the pristine without using any technology. The professionals can vouch for their prized purses by using as many performance enhancing techniques as they please hopefully making a contribution to promote their sport at amateur levels.
And sure, there is hope. FIFA and its President have probably understood this as well, and despite the fact that a chip was introduced to be fitted in the ball for goal line decision, they want the human element to remain in this competitive yet beautiful game. The same goes with Wimbledon, the finals are always held under natural light as they believe it is an outdoor sport, and the Indian cricket team that is opposed to the UDRS system and wants the human element to remain intact.
Technology might seem to play a more important role than the sport itself. Gladiators, keep heart!

AAPS of the MONTH

Dropbox requires a desktop installation before you can start. After you install Dropbox on your computer, any files that you save on drop box will be available via cloud access. You can access all your data from your mobile devices or other computer by signing into Dropbox. The app also lets you share your files with friends. Gmote is made to act as a remote for your computer. It lets you seamlessly control movies and music as well as play powerpoint presentations and image slide shows. It can also launch websites, while acting as a touchpad to navigate.

If you are an Apple user, then this App will let you remotely control your iTunes library of music, videos, playlists and Apple TV. You can control your music from anywhere in the house, over your WiFi as long as it’s added on iTunes library. It works on all Apple devices and variations of the App are available on other mobile operating systems. Splashtop lets you connect your mobile device to your computers over WiFi, by providing full access to all applications, documents, games, emails and browser. It can connect upto five devices. You can also access your music and video library stored on your computer. With an in app purchase, you can access everything over the internet as well.

Pushbullet is an easy to use that let’s your computer mirror your phone. Your computer can receive your phones notifications and also perform functions like snooze alarms, archive emails, dismiss Facebook alerts, or mute notifications. For android users, there is an extra benefit of syncing across multiple devices and texting from your computer.