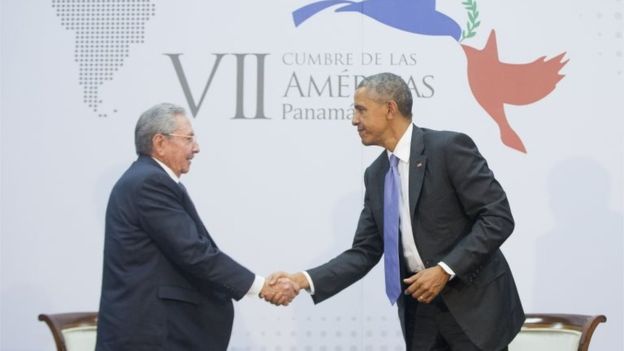 Nearly 90 years after Calvin Coolidge’s visit to Cuba to participate in the works of the 6th Pan-American Conference, President of the United States of America Barack Obama stays true to his liberal policies so far by landing in Havana on the 20th of March amidst much pomp and fanfare, consequently, breaking decades of tense relations with the country that started with the imposition of the trade embargo on Cuba in 1960. On arriving, the president tweeted the phrase “¿Que bolá Cuba?” a Cuban equivalent to the popular ‘what’s up’, saying that he looked forward to meeting and talking directly to the Cuban people. The visit follows the speech in December 2014, which was undertaken to further his effort of improving foreign relations and reconcile with historical enemies of the cold war, with this visit having been preceded by the nuclear agreement with Iran.  Joined by the first lady Michelle Obama and his two daughters, Obama toured Old Havana by foot, attended the entrepreneurship conference, met with the Cuban president Raul Castro, and ended the day with the state dinner at the Revolutionary Palace. “The Cold War has been over for a long time,” the US President said before his historic handshake with Raul Castro in Panama. “I’m not interested in having battles that, frankly, started before I was born.”