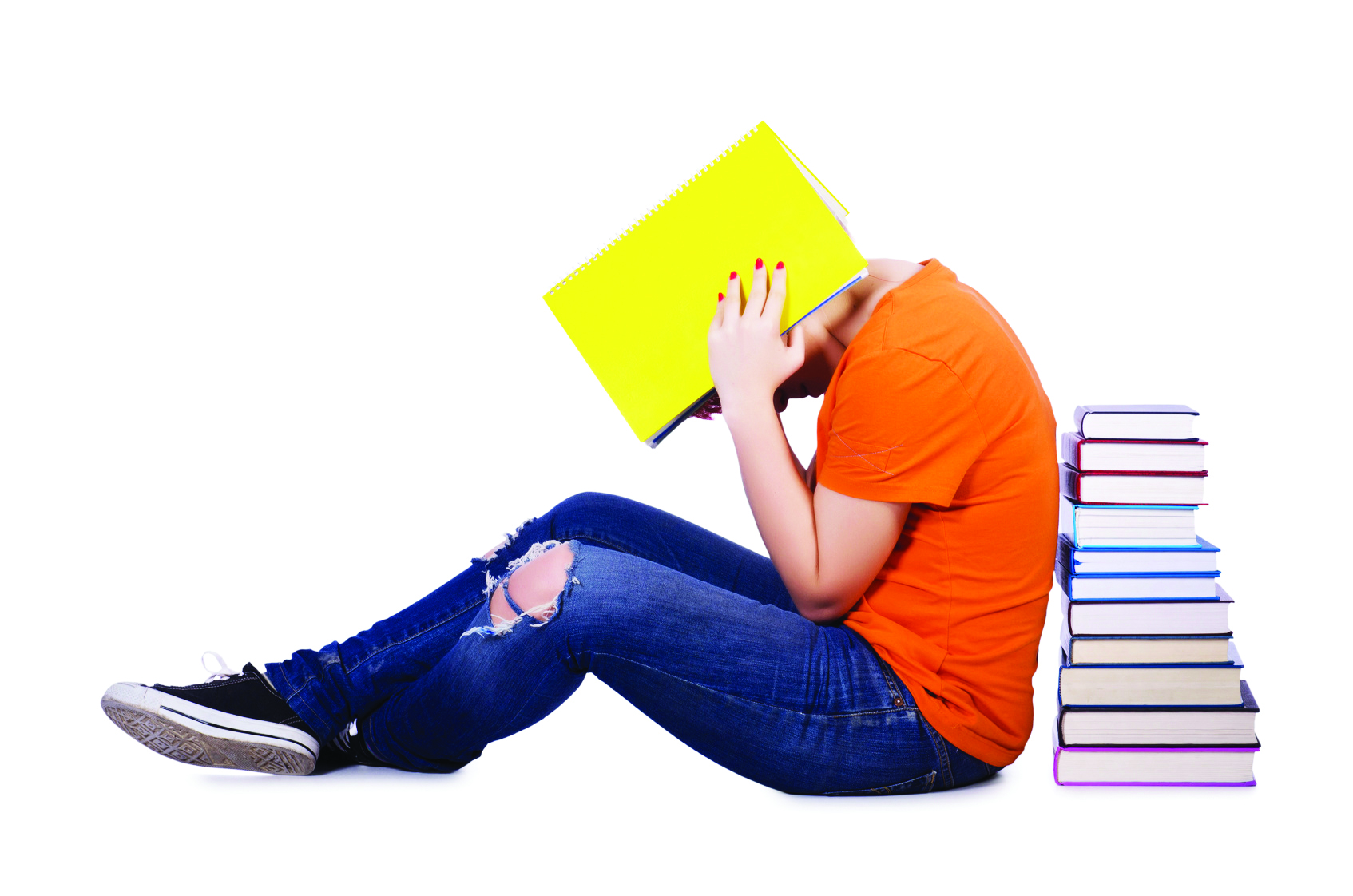 If you’re looking to migrate to a different country to pursue your higher education, Shivam Damohe tells you about ‘Brain Drain’, a serious issue that is plaguing the country

Going to study at a place far from your homeland is not always easy, but it can be rather exciting since it offers you opportunities for your career. With the inception of globalization, the importance of higher education has increased dramatically and is quite market-driven. The rapid rise of international education has led many students from across the world to opt for higher courses, as they offer you more productivity and exposure. We all know someone within our circle who have travelled overseas for further studies, for instance to countries such as the United States, Britain, Germany and France. But it seems like more of a trend these days, isn’t it? Especially the US, as the place itself is alluring and luxurious. More than providing an education, it teaches you the nuances of life, with the exuberant nature of the place you are surrounded by. We know it’s tempting, but the hustle and bustle one will experience is invaluable.
Forget overseas, the amount of students migrating within India is mindboggling. A chunk of Indian students are migrating from their native land to other places within India to ensure that they get into the institute of their choice. A recent paper on Internal Migration for Education and Employment among Youth in India, commissioned by UN-HABITAT’s Global Urban Youth Research Network, has shed light on the new migration trend. In the past, over 70 percent of young adults have moved for matrimony purposes, 10 percent to secure better employment opportunities and 3.5 percent for educational reasons, proving that a discouraging academic landscape near home is no longer keeping its youth from travelling to brighter lights elsewhere. Obviously, one wouldn’t want to pursue the same course from a university which is not highly-rated. Today, where jobs are not available with a satisfactory income, most students prefer migrating to different states rather than abroad because of several reasons, financial constraints being one of them. Well, at the end of the day, what matters (most) is the market value of your preferred course and the university.
Moving to a different state or city has become cliché. Nowadays, people are aware of the whereabouts of different cities, their culture, tradition, and lifestyle beforehand. Without a shadow of doubt, there are a lot of hassles faced by the students, from linguistic barrier to caste discrimination, but then there’s a price to pay for everything and a lot more to learn. The influx of students migrating from Tier II cities (Indore, Bhopal, Chandigarh, Ahmadabad etc.) to Tier I (Mumbai, Delhi, Chennai, Kolkata and Bangalore) will continue for years to come, adding weight to this migration trajectory. To be honest, this issue can only be explained in an informative manner. So, let’s get into the details of it.

There are four migration streams – rural-rural, rural-urban, urban-rural and urban-urban. Further, the stream can be intra-district, intrastate and interstate. Usually, the migrants move within the state, i.e. move within same districts or move to other districts of the same state. This is particularly true in the case of the rural-rural migration stream. There is no apparent difference in the proportion of male and female migrants in the age group 15-32 years. Of the 110 million individuals aged 15-32 years, over 70 percent of them, i.e. 77.5 million, report moving on account of marriage.

Migration for the purpose of Education

India is not yet a 100 percent literate country. States like Uttar Pradesh, Bihar, Rajasthan, Madhya Pradesh and Orissa, which have a large concentration of poor, have historically had higher levels of fertility and low levels of literacy. These states also account for a large proportion of India’s population. Given that access to quality primary and secondary schools in these states is a problem, it is not surprising that these states also have a shortage of institutes of higher learning. Only 17 percent of migration on account of education is inter-state in nature, while 45 percent of migration is across districts of the same state. This is understandable, since within each state there are cities with institutes of higher learning. “The most important states from the perspective of migration for education are Delhi, Maharashtra, Karnataka, Uttar Pradesh, Bihar, Andhra Pradesh, Kerala, West Bengal and Rajasthan. Of these states, Delhi, Maharashtra, Karnataka are the main destinations (i.e. attracting migrants from other states), whereas Bihar, Uttar Pradesh, Kerala, Andhra Pradesh, West Bengal and Rajasthan are the main source states of migrants”, said author S Chandrasekhar, professor at the Indira Gandhi Institute of Development Research. In the context of balanced regional development in India, the issue of human capital flows across the country becomes important. Which are the states that gain by attracting more educated migrants? We can glean insights by examining the distribution of educational attainment of interstate migrants across Indian states.

What is ‘Brain Drain’?

Brian Drain refers to the situation when highly qualified and trained people leave a country to permanently settle in some other country. It is also referred to as human capital flight. Highly educated professional people immigrate to other advanced countries for better opportunities and a comfortable lifestyle. The problem of brain-drain, in our age, has become very elusive. The developing countries like India are desperately in need of talents, especially in the field of science and technology, but for several reasons the talents are fleeing their countries, leaving their native lands impoverished in the process.
Thus brain drain is a direct loss of trained experts in underdeveloped and poor countries. On the other hand, it is a net gain to the advanced countries. The underdeveloped countries are spending millions on the training of these experts. But the advanced countries are utilizing their services without spending any money on their training. Every year, thousands of highly talented doctors, engineers, scientists and other intellectuals leave India and migrate to foreign countries. They generally go overseas for monetary gains and facilities for higher research. The US is the biggest gainer from the loss of India due to brain drain. A large number of Indians are teaching at various US Universities and other institutions of higher learning. In foreign countries, there is the advantage that while learning, a person can also earn his own living. The stipends in foreign countries are sufficient enough. A frugal Indian student living there can also save something to send home. These technical reasons and the pool of talent that we lose every year, can greatly help in the development of our natural resources. In this connection, people should also come forward and cooperate with the government in solving this problem. A lot of hue and cry is raised about our higher education institutes not figuring in global ranking. The reason is not a lack of high quality research work, but the fact that in India, a large section of research work is done in vernacular languages, whereas global rankings only consider research in the English language. Our nation is spending huge amounts of money on their training. Today thousands of young Indian scientists and technicians are devoted to the cause of rebuilding our nation. The country has already achieved nuclear status as well as become a space power.

Migration can benefit both the ‘sending’ and the ‘receiving’ country. There’s a possibility that brain drain may be converted into ‘brain gain’, something particularly relevant to India. Until recently, the role of the overseas Indian community in the development of India concerned only financial resources. In addition to the financial advantage, Indian expatriates abroad, especially well qualified expatriates bring other benefits such as image improvement for the country, knowledge transfers, and access to new markets, business networks. There is no doubt that India possesses vast natural and man power resources. If both these resources are put to their maximum utilization, astounding advancement can be achieved in all fields. There are enough opportunities for all Indians who have settled abroad, if they come back to India. They should play an important role in the future progress of our country and share the responsibility of participating in this essential task, as well as they should introduce digital learning tools which would further discourage migration. 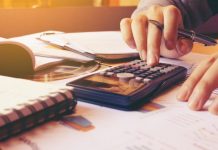 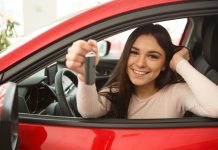 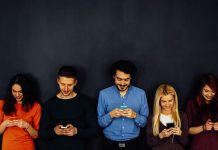