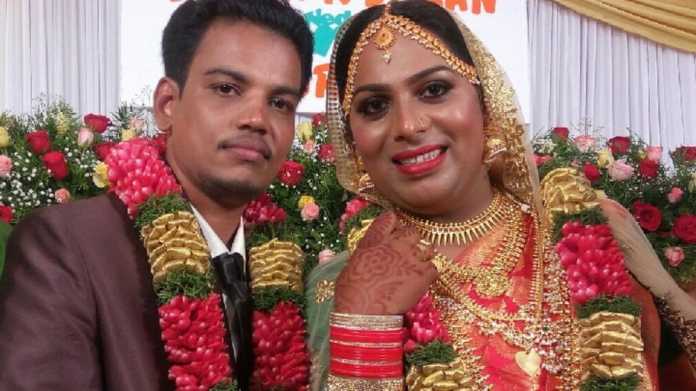 Kerala paved the way to transsexual rights on Thursday, when transsexual couple Ishan and Surya tied the knot in Thiruvananthapuram. They have become the first legally recognised trans-couple marriage in India.

The couple hopes to be role models for other transsexuals.  The wedding was attended by over 1000 people including city mayor VP Prashanth, former Member of Parliament TN Seema, actor Bhagyalakshmi and writer J Devika.

This marriage is important in the transgender rights movement as the couple can now adopt and live together legally through the Special Marriage Act. Adoption centres cannot deny the couple’s claim for adoption legally.

India houses over four lakh transsexuals of which thirty-five thousand belong to Kerala. However, this number only pertains to those people who recognise themselves as transsexuals. The state of Kerala has recognised the need for transgender rights and is the first Indian state to come up with a transgender policy.

According to Kerala State laws, a birth and death certificate of a person should have a column called ‘intersex’. The government offices in Kerala are required to have a separate washroom for the people of the third gender. A transgender board has also been set up to hear the grievances of transsexuals.

Moreover, when the Kochi Metro came up, transsexuals were offered jobs at the Metro stations so as to be able to earn a livelihood. With the Supreme Court recognising transsexuals in the year 2014, one can only hope that other States follow suit and end the discrimination towards transsexuals in India.