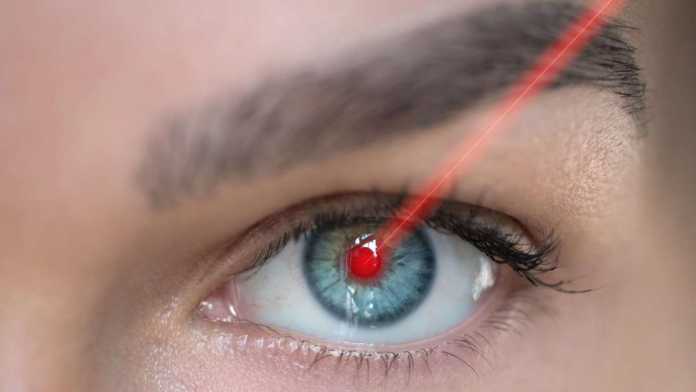 Ever dreamt of being Superman? Well here’s your chance! Scientists at St. Andrews University in Scotland have managed to create laser beams that can be emitted from your contact lenses. This phenomenon is possible because of an ultra-thin membrane, less than a thousandth of a millimeter thick which can be placed on the person’s contact lenses, which gives him the power to shoot laser beams.

Unfortunately, these laser beams are not going to help you turn your enemies to ashes, as they are capable of emitting a very low powered laser light

The contact lenses were first tested on the eyeballs of cows, which are often used as an analogue for the human eye. The inference derived from the experiment showed that it would be safe for humans to use it.

Professor Malte Gather of the School of Physics and Astronomy at the St. Andrews University said: “In ancient Greece, Plato believed that visual perception is mediated by ‘eye beams’ – beams actively sent out by the eyes to probe the environment. Plato’s emission theory has of course long been refuted, but superheroes with lasers in their eyes live on in popular culture and comic books. Our work represents a new milestone in laser development and, in particular, points the way to how lasers can be used in inherently soft and ductile environments, be it in wearable sensors or as an authentication feature on bank notes.”

The laser lights can be used to scan barcodes, and detect counterfeit notes as well. These laser lights can also be used to detect explosives in an area. They can be shot upto a distance of 20 inches from the eye. The film is also flexible and robust, and can get accommodated to different kinds of eyes.

Kudos to the scientist’s at St Andrews university for coming up with this brilliant invention which will offer us a wide range of services and will smoothen our process. This invention proves how much more there is to science and technology.