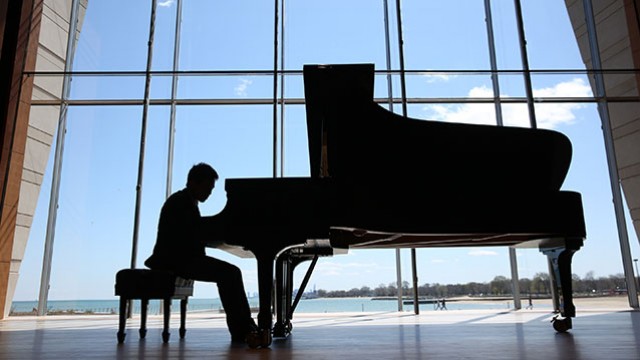 Music is one thing that manages to move almost all of us. It is probably the most successful type of hypnotism present today. It is something that we all don’t regret saying that we enjoy. We may find it difficult to talk to people on a day-to-day basis but while listening to music we can sway our heads or sing-along regardless of the people around us. The most important aspect of this mind-soothing activity is instruments. All instruments come together to form something amazing. Let us look at some interesting facts about these instruments which music is incomplete without.

Cello is actually the abbreviation of the word ‘violoncello’ which means ‘little big viola’. A viola is also a stringed instrument slightly larger than a violin. Previously, cello was written as ‘cello to signify that it is an abbreviated version of the actual name.

Many people do not know that there a way to do a drum roll with just one stick. This is known as a ‘Gravity Roll’ or a ‘Gravity Blast’. The drummer rests the stick on the rim of the drum and constantly pushes the back of the stick up and down in a seesaw motion to create a drum roll.

Xylophones were used in the African nation of Senegal for initiation ceremonies. The instrument was played by boys and girls participating in the ceremony. It was also used in Senegal to ward off birds and monkeys out of fields and gardens. Senegal has taken the whole ‘the movie isn’t scary without the creepy sounds’ to an all new level.

Don’t fiddle with the violin

‘Hey diddle diddle, the cat and the fiddle’ made the term fiddle very popular with young kids. But, it has also made children confused as to the difference between a fiddle and a violin. Truth is, they are mostly the same. A fiddle just has a different music style. Musicians who play the violin consider it to be more classy than a fiddle and hence the exaggerated difference.

Sitar is derived from the Persian words ‘seh’ meaning three and ‘tar’ meaning strings. It was popularised by the Mughals in India. It is said to be derived from the Veena. These days, sitars can have up to 21 strings. The pic that is used to play the sitar is called the mezrab.

A piano could almost be compared to a human body as it requires numerous parts to be working in perfect unison to create the sound it is so famous for. It has 7500 working parts to be precise. If even one of those parts is not fully functional, the piano could go out of tune.

Most people believe that the guitar is very modern, though, the only thing modern about guitars is the electric guitar created in the 1930s. Before that, the ‘tanbur’ was popular in Iran along with the Vihuela and Lute in Europe.

Interestingly a flute player can be termed as a flutist or a flautist. They are less commonly known as a ‘fluter’. However, flautist is said to have a negative connotation as it means jeer or mock in Latin. Flutes are also considered to be one of the earliest instruments and the term flute wasn’t coined until the 14th century.

Bagpipes the pride of every other place in history

Bagpipes these days are considered to be a Scottish instrument. However, before the Scottish, bagpipes were played by the Turkish, Asians, Africans, Persians and even some other Europeans. Bagpipes are also referred to as ‘a stand of pipes’, ‘a set of pipes’ or just ‘the pipes’.