On the 7th of September, the soft landing of Vikram lander was to take place between 1:30-2:30 am. The lander was just 2.1 km away from the moon when ISRO lost connection with it, creating a blackout in the minds of all the Indians.

ISRO chief, K Sivan told PTI (Press Trust India) that they have managed to locate the Vikram lander on the lunar surface. He went on to assure the Indians that ISRO will try to establish contact with Vikram lander soon. He also predicted that a hard landing of Vikram must have taken place. However, we don’t know if the lander was damaged or not.

On the day of landing, all Indians were stuck to their screens at midnight to watch the historical lunar landing. Prime Minister, Mr.Narendra Modi arrived at ISRO to watch the landing event with the other scientists.

The descent of the Vikram lander began at 1:37 am and was to go through several stages before the final touchdown. The lander was progressing towards the lunar surface at the speed of 6,000 kmph. Four engines were switched on for the lander to travel at this speed. All was going planned as per the trajectory. Even the rough braking phase, a crucial one, when the lander changes its tilting angle, was also passed by ISRO. However, during the last fine braking phase, the lander deviated from the projected trajectory at an altitude of 2.1 km, when the Vikram lander lost all communication with the ground station.

The event did not just have the eyes of Indian’s fixed on the screen, but the entire world’s. ISRO’s brave mission, in spite of not receiving 100% success, garnered appreciation and lauds from all over the world.

Our PM extended immense support to all the scientists at ISRO who had put in their everything to make this mission a success. As mentioned in space.com, the PM boosted the morale of the scientists by saying that “ India is with you. You are exceptional professionals who have made an incredible contribution to national progress. You have given your best always, and will give us several more opportunities to smile.”

NASA too tweeted, congratulating ISRO for its stupendous achievement

India, since years, has been accomplishing the greatest achievements and victories. The Chandrayaan 2 mission was one such massive achievement which has made India shine bright in the eyes of the entire world. 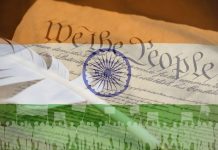