The promise of better education, a higher chance of permanent residence and relatively low study expenditure, Canada has been seeing an increase in the number of Indian students each year.

“I always felt I could live, settle and establish a working life; the quality of life is very high in Canada,” says Lionel D’souza, an Indian who moved to Canada four years ago as a student. Today, a number of people who seek foreign education are considering Canada as their sole option. A reason – its large number of top rated universities. Along with this, there are other reasons like the quality of education; the cultural range and its relatively low cost are also reasons for the choice of this country. “Cost, quality of education and immigration rules are the reasons why I chose Canada as my study destination,” says Joel Rosario a global business management student at Humber College, Canada.

Popularly known as grad school, master’s programmes are extremely popular among international students in Canada. One can find a host of programmes that range from subjects in the arts and humanities (MA) to different areas in science and engineering (MSc) as well. A bachelor’s degree from an accredited university or college is mandatory for Indian students looking at pursuing a master’s in Canada. A master’s degree is usually a 12-month course; however, its duration largely depends on the university it is being pursued from.

A bachelor’s degree in Canada takes between three and four years to complete. Along with a bachelor’s degree, a student fresh out of school can also choose between undergraduate certificate courses and diplomas. The difference in the two generally extends to the duration of the course. Not all courses are of the stipulated duration i.e. 3-4 years for a bachelor’s and 1-2 years for a certificate or diploma course; more often than not it depends on the university and more importantly, the college or university it is being pursed from. “While most students opt for safe choices like engineering, IT and MBA, there are many others undergraduate and graduate degree programmes offered in Canada,” says educational counselor Swati Salunkhe of students opting only for master’s programmes in Canada.

Canada’s lenient visa laws are one of the main reasons why an increasing number of Indian students are opting for Canadian education. Visa applications from Indian students applying to universities in Canada are more often than not put on the fast track.

Cost of Studying in Canada

The cost of studying in Canada can roughly be divided into applications to universities cost, tuition fees and other costs that comprise travel expenditure, medical, and most importantly, visa costs. That being said, the cost of studying in Canada in comparison to other countries is on the lower side. It is one of the reasons why several Indian students start their educational journey into Canada by opting for a bachelor’s degree as opposed to a direct master’s or a postgraduation qualification.

Undergraduate courses in Canada could cost anywhere from three to eight lakh rupees, whereas postgraduate or master’s courses – three to fifteen lakh rupees. Although a relatively lower cost as compared to the UK and the US, the sum total can work up to quite a huge amount at the end of a course. The best way for a student to evade the payment of university fees or tuition fees is to apply for scholarships. Scholarships are available across different courses and universities thus making application easy. Wide varieties of scholarships are offered by both the Canadian and the Indian governments and can be applied for by academically enriched students looking for financial assistance and aid. 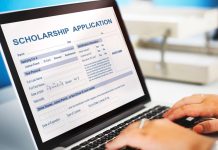 A Helpful Guide To Getting Scholarships For Hospitality Management Universities

Applications for MSc Now Open At The University of Birmingham Dubai 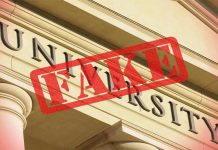