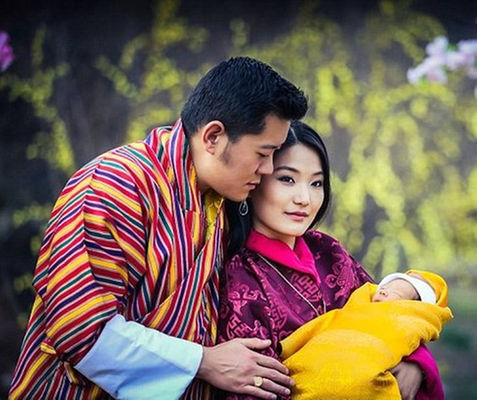 ‘The best time to plant a tree is twenty years ago. The second best time is now.’

Proving the statement right— the citizens of Bhutan planted 1, 08, 000 trees to welcome the birth of a son to King Khesar and Queen Pema, named baby Prince Gyalsey.

Trees are a symbol of health, longevity, and compassion and its gift to its newest royal is something that will benefit the entire country. The trees, each sealed with a prayer, were planted a month after the couple announced the birth of their first child. Exactly 1, 08, 000 trees were planted as the number 108 is considered sacred in Buddhism. Bhutan is the ‘Happiest Country’ in the world, the last standing of the Buddhist Kingdom and has one of the fastest growing GDP’s in the world. Located in South Asia, it is landlocked between India, Tibet, China, and Nepal.

Residents of the Himalayan kingdom planted 1, 08, 000 tree saplings throughout the land. Out of this figure, 82,000 were planted by households, while the remaining 26,000 were planted by volunteers in special plantations in 14 districts. Following this celebration, the Ministry of Tourism in Bhutan established a 48,400-square-yard ‘Happiness Garden’ in Thimphu, which is meant to invite foreign tourists to plant ‘happiness trees’ with the objective of having trees representing every country in the world.

The nation has a history of making ecology a top priority and its commitment to conservation is commendable. This is evident from its constitution which states that the country shall always keep 60 percent of its total area under forest cover. Last year, 100 Bhutanese volunteers took part in a record-breaking session, which saw 49,672 trees planted in just one hour.