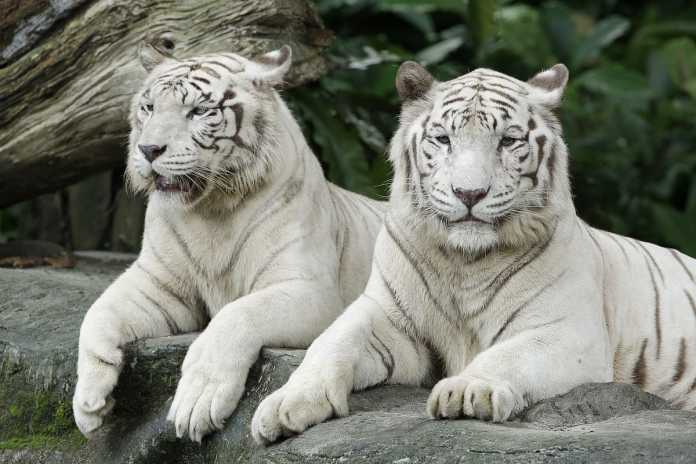 Animal lovers in the world are in bigger numbers and so are the animals themselves apparently. To see rare and unique species of animals, birds and marine species one must visit the different zoos around the world that have a huge range of land and open spaces. Watching and feeding animals in these zoos or even wandering around in there will definitely mark as a lifetime experience for everyone and the best experience for animal lovers in particular. Here is a list of one of the best zoos in the world that people must include in their trip. Formerly known as the Singapore Zoological Gardens and locally as the Mandai Zoo it occupies 28 hectares (69 acres). Animals are kept in spacious, landscaped enclosures separated from the visitors by dry and wet moats. The moats are concealed with vegetation. There is glass enclosure for the more dangerous animals. In recent years however, 40 hectares of secondary forests were later developed into the Jurong Bird Park & the Night Safari.

There are over 315 species of animal in the zoo, of which 16 percent are of threatened species.The forests provide various types of rides to move around in the zoo premises like trams, pony, horse carriages. They have some rare species like the raccoon dog, white tiger, capuchin monkey, two-toed sloth, iguana. It is the first zoo in the world to breed a polar bear in the tropical region.Due to the largest Orangutan population, they now have a show “Breakfast with an Orangutan” which allows one to meet and interact closely with them. Located in Toronto, Ontario, Canada, the Toronto zoo was founded by Hugh A. Crothers. The Toronto zoo is the largest zoo in Canada encompassing 287 hectares (710) acres.  It has one of the most taxonomically diverse collection of animals on display of any zoo; it is currently home to over 5,000 animals from over 500 species. The animals are divided into seven geographic regions: Indo-Malaya, Africa, Americas, Tundra Trek, Australasia, Eurasia and the Canadian Domain with indoor and outdoor environments. It is in fact one of the most famous zoos in the world with over 3,700 animals of more than 650 species. The extravagant zoo in is Balboa park, San Diego, California. They are the pioneers in open air  natural habitat system rather than cages. The zoo offers a guided tour bus that traverses 75% of the park. There is an overhead gondola lift called the Skyfari which actually provides a beautiful aerial view of the zoo.The San Diego Zoo is also very active in Animal conservation activities. The San Diego Zoo is one of four zoos in the U.S. which have giant pandas on displayand is the most successful in terms of panda reproduction.The world’s only albino koala in a zoological facility was born here and named Onya-Birri, which means “ghost boy”. They also house the largest number of koalas outside of Australia. This year in 2017 they are launching a new Africa Rocks pavilion. The Beijing zoo, a zoological park in Beijing was found in 1906 but was originally a farmhouse of the Ming Dynasty. The zoo occupies an area of 89 hectares (220 acres), including 5.6 hectares (14 acres) hectares of lakes and ponds. With 450 species of land animals and 500 species of marine animals the zoo is known as the largest collector of animals. There are about 14,400 animals in the zoo. The beluga whales, crested ibis, Chinese alligator and many such rare animals attract more than six million people each year. This is a huge complex that also features an 18-hole golf course, a water park and an amusement park named after America’s most famous zookeeper. With 7000 animals from over 800 species in six distinct regions the Columbus zoo and Aquarium is an education and recreational complex that provides a journey for your body and your imagination. Its has sub regions like Australia and the Islands, Congo Expedition, Shores, Asia Quest, North America and Heart of Africa.

Touted as one of the best zoos in the world. Here you will get to see animals like bonobo, African grey parrot, Mexican wolf, okapi, puma, rabitfish, rainbow lorikeet. Asian elephant, Black rhinoceros, Arctic fox, Brown bear, Polar bear and many more. The Columbus Zoo also runs a breeding program for the almost extinct Mexican wolves. They are involved in conservation and rehabilitation facility for injured manatees. The Australia zoo is located in Beerwah on the Sunshine coast, Australia. It covers 100 acres (40ha) of land near the Glass House Mountains. It started as a crocodiles and reptiles park with growing number of animals.Visitors will see a wide variety of birds, mammals, and reptiles, and can view crocodile feedings, hand-feed elephants, and have hands-on animal encounters. To get around the zoo, visitors can take Steve’s Safari Shuttle, a ‘modified trailered bus’ that operates on a bitumen (asphalt) roadway circuit. Visitors can also hire a caddie to drive themselves around the zoo for the day.Australia Zoo Wildlife Hospital is right next to the zoo, which cares for about 10,000 animals per year, with two operating theaters, two treatment rooms, CT Scan and intensive care units for mammals, birds, and reptiles. The Novosibirsk Zoo is in Russia and is a world famous scientific institution. It is in fact the largest zoo in Russia with 738 species and 11,000 animals. The zoo is known for its rare species of the snow lions that was discovered by John Spence during his hunt of the cape lion. You will also get to see various other animals like the white tigers, polar bear, meerkats etc.They have a big penguin facility as well as a Doflinarium with shows during the weekend. The most interesting animal here is the Liger which is a hybrid of a Bengal tiger and a African lion in 2004.