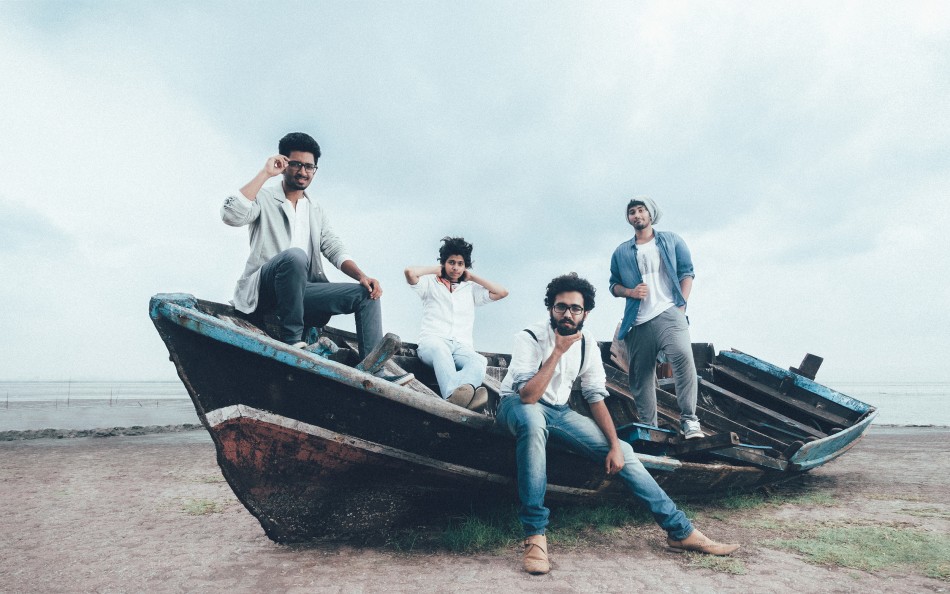 A second year computer science engineering student who aspires to become a full time musician soon, a third year mechanical engineering student who is not only hard-working at college but in the bad as well, a full time musician who knew what his calling was as soon as he got done with his 12th grade boards and a second year mass media student who is film maker by the day and a musician by the night come together to make music. Ferry Tales is comprised of four individuals from Navi Mumbai with a common calling for rhythms and beats. Nischal Chaubey is the lead guitarist of the band and has a unique approach towards the kind of music they play. He leads the progressive side of the band, tapping his way through the delay and reverberation of life. Akshay Dakhane has a John Mayer kind of a song writing approach in which he adds his own flavor. He’s the front man who takes on Rhythm guitars and vocals. Complex chords, groovy ideas and mad compositions are his cup of coffee. Siddhant Vetekar is the bassist of the band who recently upgraded his 6 stringer bass to a fretless one. He plays a major role in the sound and arrangements of the tracks. Groove is his middle name. Nilay Singh is the time keeper of the band who later hopes to add a pinch of his beat-boxing skills to the compositions. He literally plays the drum-kit and makes sounds out of any part of the kit.

How did the four of you come together to work and create music?
We started jamming a bit after Nischal and Siddhant’s board papers. After sitting it out at home and making riffs and chord progressions, Nischal and Akshay had some pretty interesting ideas and after getting Nilay and Siddhant on board, we’ve never looked back. It didn’t intend to be a band at the start, but after a few jam sessions there was no doubt that we were going ahead.

What was the reason behind choosing the name ‘Ferry Tales’ for your band?
We initially thought we’d keep a chiller name because we weren’t that serious about ourselves but as our music grew onto us we couldn’t help understanding the fact that we love our music to the core and why not look deep within ourselves. Hence, we thought of Ferry Tales, pun-intended though since we’re a band from Navi Mumbai and fairy tales.

What can we look forward to from you in the near future?
We’ll be releasing our EP titled “There She Goes” after the song this January. We are   coming up with new material and we intend to go around and do more shows. We’re planning to release some good quality live videos as well.