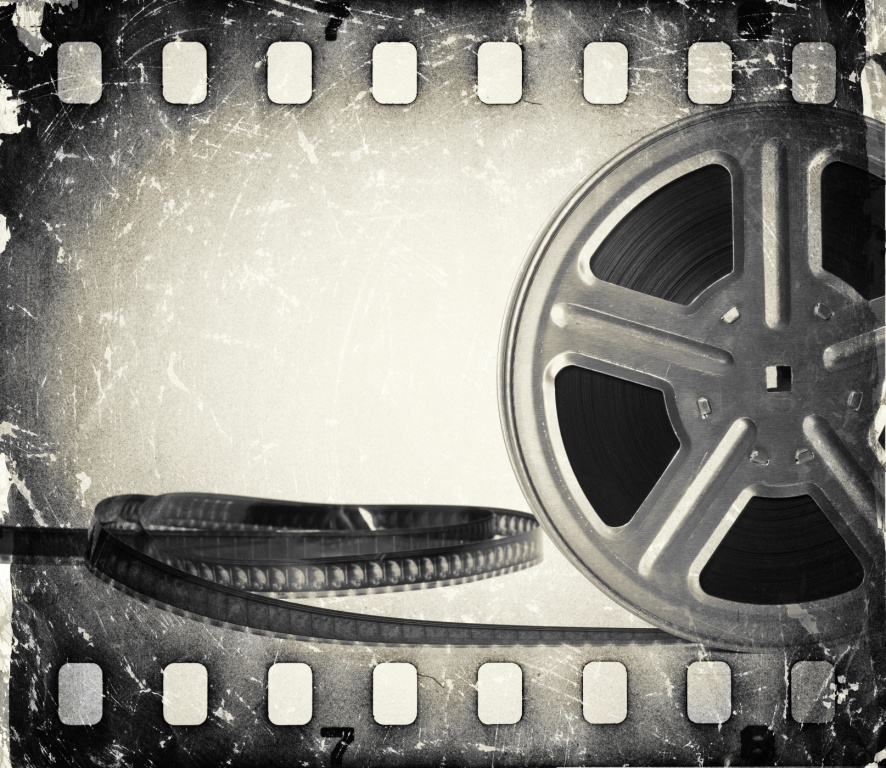 FOR SO MANY WHO DREAM AND WRITE STORIES, ONLY A SELECTED FEW ARE ABLE TO BRING THOSE STORIES TO THE SILVERSCREEN, LET ALONE POPULARIZE THEM. PARTH SHAH LOOKS INTO THE TRIALS AND TRIBULATIONS OF INDIE FILMMAKERS

Independent filmmakers endow a lot to make a movie, but the problem is to gather viewers, let alone to have them appreciate the quality and dedication. There obviously aren’t as many theatres that show independent films, especially in India. There is an abundance of theatres where films from renowned and established studios and directors are released, but in the same way there should be theatres which could show independent art and documentary films. 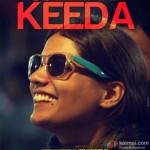 THE PROBLEM WITH INDIE FILMS
There are countless independent filmmakers who are working their imagination and script to put it out there in frames. The country still has a strong liberated milieu, which repeatedly appear at the world’s top film festivals. But sadly the same indie movies which gain recognition abroad, fail to get a backing in its homeland. So what is missing? Is it the storyline, is it the quality, or is it the management? Certainly they havegot all of that right for they have been honoured at various film festivals and venerated by critics. But that isn’t enough in this country, is it? Today, most Bollywood movie buffs pang for action, melodrama, clichéd romantic lines and desi punch lines. News media and social media aren’t helping much in promoting indie films either. These short duration independent films don’t have great financing behind them for the producers to spend major bucks on advertising and adequate promotion.

HITCHES OF INDEPENDENT MOVIES AND MOVIEMAKERS
* Digital revolution: Cheaper ways employed in digital production methods have created more product than buyers creating a high imbalance in the market for such films. Genre is the only way that a film buyer and the marketing manager of a distribution company can quickly visualise the movie poster, trailer and marketing campaign. It is very well known fact that distributors buy genre not matter!
* Hollywood is bankrupt of ideas: The gaming and the advertising industry has influenced storytelling and filmmaking procedures. These new storytelling techniques govern. Successful filmmakers are most likely artists who consider themselves visual storytellers using moving images to tell their stories. Incorporation professional applications and gaming ideas will increase the reach of the movie and the spread of the concept.
* Funding for films is quite different now: The Euro economic malaise has translated into public sector budget cuts, dampening the political appetite for using public money to fund films. Filmmaking should be commercially viable without the need for public funding, and film budgets need to be out there for public scrutiny for them to estimate and realize returns!
* Producers struggle to get development finance: Development finance is hard to get. Yet without proper development, movies will continue to suffer from weak storylines. Filing a movie should not commence unless the final script is written and presented. And that is easier said than done for independent cinema producers.

SILVER LININGS
Liar’s Dice, The World of Goopi and Bagha, Fandry, Lucia, Qissa – these are just a handful of swell Indian independent movies that were released last year. There are oodles of self-released, independently produced movies that bobble out of their indie shells each year, and are worn to tissue due to general obliviousness and an enduring dearth of theatres to showcase through. While these movies can participate in film festivals, there’s only so much adhesion that they can harvest in terms of a reach that caters to the common masses of the country.

Here’s some incredible news for the votaries of quality cinema. Shamiana, the short film club, has been championing the cause of indie feature and short films for over five years. The club recently joined hands with music channel Pepsi MTV Indies to screen independent feature films on a weekly basis. So, if you are an independent filmmaker and want to get your movie screened, then hit the Shamiana guys up on shamianashorts@gmail.com. This is a highly rewarding development for independent filmmakers. Every movie cannot be a Fandry and win awards, but that doesn’t make them any less entertaining or insightful. As an avid movie buff, one thing that we can do is to coax all our friends to look out for independent films that interest and get to know what they are about and not just look out for big movie posters that occupy a huge chunk on the page, but also for those movies that have quality with minimalism to offer. In a country maddened by mainstream cinema and the quintessential rom-com love, independent cinema is a sight for sore eyes. 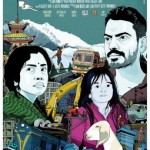 Chauranga by Bikas Mishra
Set in a village where caste system elects a person’s fate, the film focuses on a family that is denied its basic rights and struggles to attain them. Produced by Onir and Sanjay Suri, the film won hearts as well as the Best Film prize at the Mumbai Film Festival. It has been screened at film festivals in Berlin, Locarno and Goteborg, amongst other places.

Court by Chaitanya Tamhane
This Marathi feature film with a comprehensive theme made a splash by bagging the Lion of the Future award at Venice Film Festival. Following this, it was not only screened at international events but also won several awards. The screenplay booms on the paucities of a judiciary that result in pestering of masses.

Margarita with a Straw by Shonali Bose
Starring Kalki Koechlin, Revathi and Sayani Gupta, the project made its film festival premiere in Toronto last year. Since then, it has been in news for its controversial yet sensitive portrayal of a woman suffering from cerebral palsy along with coming-out as being bisexual. Kalki bagged the Best Actress Award.

Liar’s Dice by Geetu Mohandas
This independent feature takes the viewers on a voyage traversed by two migrating people through two protagonists — acted by Nawazuddin Siddiqui and National Award-winning Geetanjali Thapa — the film is a vigorous tale of trances and defeats. It’s India’s official entry to the Oscars this year and has been showcased at film festivals in Sundance, New York, Rotterdam and Sofia. 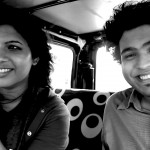 One Film At a Time

In conversation with independent filmmakers Swathy Sethumadhavan and Aniket Dasgupta, the duo who took on their fascination for indie films which created their first feature length film, The Other Way

Tell Us A Bit About Yourselves.

Swathy : I made the documentary The Other Way with my co-director Aniket Dasgupta. Aniket and I met in Symbiosis in Pune and during our tenure, we were exposed to a variety of Indian and international feature films, short films and documentaries. We had watched a few Indian independent films in the previous weeks and were fascinated by the influx of these films. Films such as Srinivas Sunderrajan’s The Untitled Karthik Krishnan Project, Q’s Gandu and Sandeep Rao’s Love
Wrinkle Free really resonated with us and we were frustrated by the lack of information about these directors. We contacted Srinivas Sunderrajan and scheduled our first interview with him. We learnt more about the scene as we went along and soon what had started as a simple 15-20 minute documentary for a college project grew into a feature length film.

Aniket : I am a filmmaker from Bangalore India and The Other Way is a documentary film that explores and documents the Indian independent filmmaking movement comprehensively. We saw a story that we thought should be told and since no one else was talking about it, we decided to make a film about it.

What advice would you give our readers about making it big as an indie filmmaker?
Swathy : If you have a story to tell, don’t let the lack of equipment be the reason why you are not making a film. Be open to learning and don’t be hesitant to ask for help when you need it.

Aniket : Indie filmmaking isn’t easy. But it’s worth it when you see your film being seen by others and the emotions that feel (even if you make a bad film). So yeah, I am not sure if I should advice anyone but one thing that I follow as a motto is be yourself, take risks and try until you succeed.

There are certain critics who say that Bollywood films (such as those made by Anurag Kashyap, Dibakar Banerjee, etc) have elements of indie-film culture in it. Does such a culture exist?
How does it set apart the big budgeted movies?
Swathy : A film is a film whether it is indie or not. An author is not asked to justify the genre of his book and in a similar fashion, filmmakers cannot be pigeon holed into a genre. An Anurag Kashyap and Dibakar Banerjee film may look very different from a Rohit Shetty film but the amount of time and effort that goes into making these films is almost always equal. And even if there are elements of indie film culture in Bollywood films today, I would see it as a positive change. Bollywood filmmakers can learn from indie films and vice versa.

Aniket : These films do have sensibilities similar to that of independent films but these are not necessarily independent. What those filmmakers are doing can be termed the New Indian New Wave. It’s good for everyone in the mainstream and indie industries- cause some amount of the sensibilities that these directors bring with their films seep into even mainstream films.