Siddharth Tripathi, author of The Virgins, offers aspiring writers some handy tips for to make the journey towards that ‘final draft’ a lot smoother.

“If there’s a book that you want to read, but it hasn’t been written yet, then you must write it.”

I finished the first draft of The Virgins in April 2012.  TheVirgins.doc was a 600 KB file (1/6th of the size of an mp3 song). I looked at myself in the mirror – unshaven, unemployed, unpublished, unheard of…and with only this puny word file that I could call my own. But there was something about it – this book was not because of all the degrees that I had collected, it wasn’t because of all the companies I had worked for, this book wasn’t about which car I drove or whether I owned a 3BHK on Golf Course Road – that 600 KB file was all me – and no one could take that away.  If you have always yearned to tell a story then knowing that you have told it the way only you can is the greatest feeling in the world.

So when do you plan to begin your first novel? Here is some stuff that I have learnt along the way that might be of help:

Only you can tell the story in your head – if you believe that you are unique, that you’re not like anyone else, then your story is going to be unique too – it might fall into broad classifications and genres but no one else has written the exact same story before. So please stop thinking that it has all been done before because you haven’t done it and that’s what matters. Don’t try to be unique for the sake of it – believe that what you’re writing is new because it is.

Make a lot of notes – get a nice diary, buy a few colored pencils, pens, sketch pens — satisfy all your stationary fetishes. You can choose to ramble or you can be organized (both approaches help) but make notes when you’re not writing or before you begin writing– draw character sketches, write chapter outlines, jot down specifics of an event, doodle, make cartoons, write dialogues that you may or may not use – just fill up your diary with all sorts of stuff that is somehow related to the book you’re writing. Everything falls into place in very strange ways – you’ll end up using a lot of what you’ve jotted down.

Read a few good books on writing – No one can teach you to write really well but there are a few books that can teach you to be competent at it and if you do write well, then they can teach you a few additional tips and tricks that can always come in handy. I can recommend three that I have read – On Writing by Stephen King, Zen and the art of writing by Ray Bradbury and The Elements of Style by Strunk and White. I have often wondered how Messrs.’ Bradbury, King, Strunk and White know exactly what’s going on in a writers head – but they do and they have excellent advice to offer.

Seek feedback, lots of it – Some writers prefer to finish the first draft before sharing it with anyone, some like to share every chapter the moment they’re done with it. I like to give the first fifty pages to a couple of good friends to gauge their reaction – they are instructed to be brutally honest which means that I want them to praise the book. However, they are good friends and they tell me the truth which is often something I don’t want to hear. One word of caution – if your friends are not writers then they will be able to tell you what’s wrong but their ideas on how to fix it may not work.

Stick to a routine – Yes, it’s a job. A routine helps. There are exceptions off course but most writers have a schedule and they like sticking to it. I like writing during the day and then editing what I’ve written at night. Editing at night channelizes my thoughts for the next day of writing – it also helps in ironing out stupid mistakes and making the job of my editor and proof reader easy.

Set goals and meet them – I have a word count target for the day and I feel good when I meet it. That doesn’t mean you should too but there should be some kind of goal you need to work for. The goal can be to finish the first draft in two months or to write the best book ever written no matter how long it takes. When a friend enquired about Ulysses, James Joyce said that he’d been working hard at it all day. “Does that mean you have written a great deal?” asked his friend. Joyce replied, “No, just two sentences but I was seeking a perfect order of words and I think I have it”

EDIT/rewrite/edit/rewrite/edit/REWRITE – Hemingway said – Write drunk, Edit sober. This is one of the toughest things to do – to be your own critic, to slash and destroy words you have written, words you are in love with – but that is THE key to writing a decent book. Stephen King calls it the 10% rule – you got to edit out at least 10% of what you’ve written – it’ll make your writing taut and just right.

Don’t force it – You can’t make it deliberately funny or violent or romantic or sexy – it doesn’t work that way and if it does then I would like to know how to do that! Please don’t try to put a joke in every page or deliberately shove a love, sex, cricket, terrorism twist inside a story that was doing fine before you decided to meddle with it. When you’re writing it, don’t think of selling it – it’s a distracting thought and doesn’t help the creative process.

Hope some of this helps you finish what you’ve started. I’ll wait to read your first book! 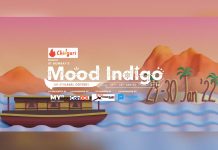 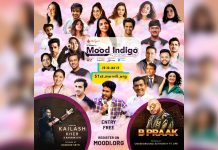 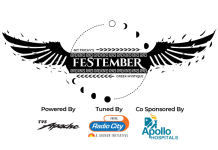