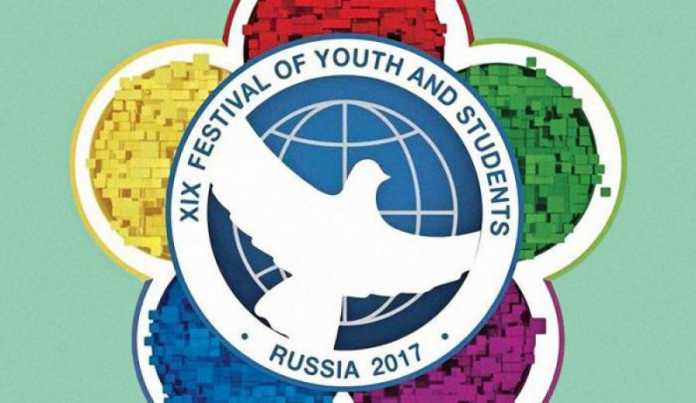 The 19th World Festival of Youth and Students hosted by the Russian Federation in the beautiful city of Sochi saw 30,000 participants, guests and Volunteers from more than 180 countries around the world come together from the 14th to the 22nd of October 2017. The crowd consisted representatives of Youth NGO’s, Youth Journalist, Creative and Athletic youth, Young design Engineers, Leaders of youth organisations of Political parties, Young University Professors and Leaders of student Governments.

The Opening Ceremony of the festival was held at the Bolshoy Ice Dome, kick-started by Russian President Vladimir Putin. In his speech wished the young people to be consistent and bold in their efforts towards their goals and stressed to be daring and create our own future and to be bold enough to change this world to make it a better place. The President pledged that world leaders will do their very best for young people around the world from various countries, of various nationalities and religions who are united by a common feeling of values and goals, striving for freedom, happiness, peace and aspirations for bigger achievements of success.

The discussion programs included a variety of platforms for dialogue – panel discussions and open lectures on issues of youth policy and international relations, sports competition, as well as a number of cultural and creative events. The key topics included Culture and Globalization, Global Economy, Economy of knowledge, the development of public Institutions, Politics and International Security.

There were also many educational and entertainment events, meetings with famous Politicians, Scientists and young Professionals from all over the world. The Caribbean delegates had the opportunity to display a 5-minute cultural presentation where the different islands were introduced and backed up by live steel pan music. There were events related to science under the topic ‘Industry of the Future’ where delegates participated in round-table discussions and workshops, discussing the values of the future, modern technologies and topical issues related to the environment and sustainable development.

With support from State Atomic Energy Corporation Rosatom, the panel discussion titled “Powering the Future” was organized, during which the participants discussed the role of nuclear power in tackling global challenges, issues related to environmental protection and the importance of corporate social responsibility of companies all over the world.

On the development of NGO’s, Abdelrahman Ayman, President of AISEC, spoke about youth volunteering in Europe and the importance of volunteering for youth also.

The 19th World Festival of Youth and students was an excellent platform for discussing the future which everyone faces. It brought to light how people from different countries can work together and finding common grounds on the issues that affect them most. This collision of ideas, cultures and minds is what the festival is all about and it left participants with a great sense of oneness, with a belief in their future and the future of the world that together, they can change the world for the better.