The main attraction in the new iPhone 11 series is the camera. The new models have come with triple rear cameras which are inclusive of a telephoto lens as well as a wide-angle lens that allows more than 40% of light to enter in. It also has an ultra-wide camera with a 120-degree field of view. The camera also has a feature of shooting 4K resolution video at 30 frames per second.

The iPhones have been in trend and are crazed by millions all over the world for a long long time now, not just due to its exceptional features, but also because of the ‘high’ reputation it holds. This time though it seemed to have gone too far with the selling prices.

The price of these models are so high and definitely affordable only to the extremely elite rich that, soon after the launch event, the internet was flooded with memes that are worth having a look at.

If you too have some of your own memes, feel free to share in the comments section below. 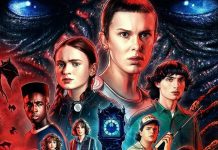