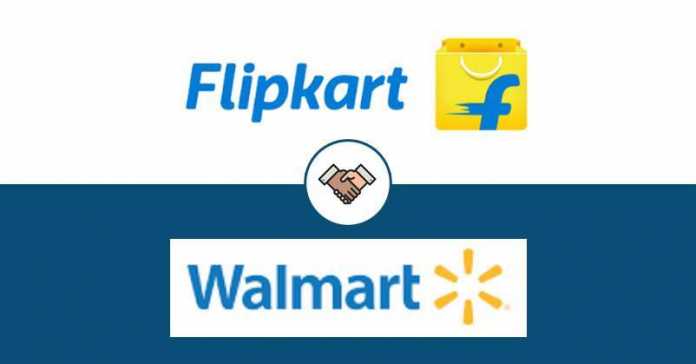 Walmart is in the process of buying a stake of 75% in Flipkart, which is India’s largest online retail store. This move is said to be made to counter arch-rival Amazon’s huge grip on India.

The Walmart-Flipkart deal not only involves Google as a major player but also an Arkansas-based company called Bentonville. The partnership values Flipkart at $20 billion and is set to be modelled after the Walmart-JD.com partnership in China.  JD.com is an e-commerce venture in China.

The partnership is set to make India’s e-commerce compound annual growth rate boom at a rate of 30% through the fiscal year 2027. Google has also established itself in this deal to procure data from India which allow them to take on Amazon which has its second largest market in India.

This deal is set to put Amazon on its knees. The deal between Flipkart and Walmart which is the biggest retailer company in the world will allow Flipkart to move heavily towards groceries and retail which Amazon doesn’t have a strong hold over.

Walmart hasn’t made this decision solely based on Flipkart’s success in India, but also the fact that India has a young population who would become potential consumers. The current population growth rate of India is expected to make it a bigger consumer-base.

Walmart and Flipkart will both benefit from each other, as Walmart has a wider range of products and Flipkart has a better understanding of e-tailing or electronic retailing, which it has dealt with over quite a few years.

Amazon is said to have tried striking a deal with Flipkart but unfortunately failed to woo the investors.  A Japanese company called SoftBank, which has 23% stake in Flipkart, favoured the deal with Amazon but the deal didn’t make it through, and SoftBank might soon exit its deal with Flipkart with good profit. Through the Walmart-Flipkart deal, Flipkart also gets a 10% stake in Google, which is further beneficial for the company.

The deal will not only affect big companies like Amazon, but smaller e-commerce companies like Bigbasket and Grofers will be highly affected because of the wider range of products Walmart has in hand.