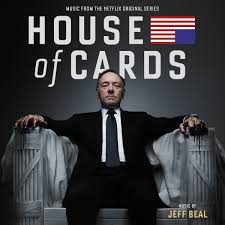 Nail biting American political dramas have become a favorite among all generations. Popcorn by your side, these twisted dramas make up your perfect weekend. Here are four of the best and most addictive dramas set in America. House of Cards-Revenge and deceit dominate House of Cards. After being denied the position of Secretary of State as promised, Congressman Frank Underwood and his wife set out on a journey to seek revenge from those who betrayed him along the way. Scandal-Set in Washington D.C, Scandal revolves around protagonist Olivia Pope and her crisis management company. A former White House Communications Director, Pope – played by Kerry Washington – dedicates her life to shaping the public image of the country’s elite. One of the most entertaining, messed up political drama is a must watch. Homeland-Homeland is the story of a CIA officer with bipolar disorder, and a United States Marine Corps Scout Sniper, played by Claire Danes and Damian Lewis respectively. Carrie Mathison (Danes) believes that Brody (Lewis) has been brainwashed by Al Queda while he was a prisoner of war and now poses a threat to the USA. A twisted drama set in the White House, Washington shows the staff brutally competing with each other to jump up the ladder of power. The characters, selfish and merciless makes this show a great success, and is sure to captivate the minds of young watchers. The talented actors once again makes this show one of the best American political dramas.