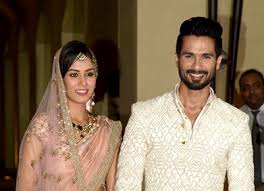 Chris Martin goes to Delhi!
Chris Martin, front man of Coldplay, performed an impromptu gig at Summer House Café in Delhi. As the news of the performance went viral, twitteraties went bonkers and showed seven stages of grief for having missed the chance to watch him. Adding salt to the wounds were the AIB comedians who began tweeting about it in the first place.

How far can we go: Pluto
Adding another feather to NASA’s cap was its spacecraft New Horizon’s first ever trip to the dwarf planet. Hurtling towards Pluto, the spacecraft treated us mere mortal earthlings with one of the most gloriously detailed picture of the planet ever.

Shahid and Mira’s wedding
Indian media’s obsession with celebrities reached its pinnacle when Shahid got married to a woman with no filmy background. Enigmatic nature of the affair added to the allure of Mira Rajput, prodding media to find out everything about the chocolate boy’s lady love and their wedding. Also breaking a few million girls’ hearts on the way. Sob.

The FTII controversy
Early in July, the functioning of FTII was paralysed with students going on strike against the ill-conceived appointment of Gajendra Chauhan as its president. Students of FTII, having had the opportunity to study under the chairmanship of champions of cinema, were enraged with the government’s seemingly impromptu decision to appoint its own MP as the chairman.

Vyapam Scam
The Vyapam scam is the corruption by manipulation in selection process of the examination conducted by the MP government. Although the news of scam broke out in 2013, it took over 46 deaths for the scam to speed into public discourse. A perfect representation of heights of corruption, don’t you think?