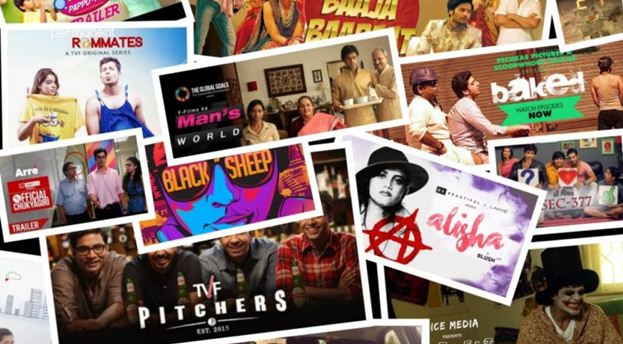 The age of Digitalization has changed the scene and setting of the TV shows and what they have to offer forever. We’ve come a long way from viewing soppy TV Soaps with our parents to enjoying content like Laakhon Mein Ek and Sacred Games. But what has provoked this huge transition?

A troubled housewife who gets into the habit of waking up and becoming the perfect role model of everyone in the house with her ‘holier than thou’ attitude and yet gets disrespected by almost everyone in the family, especially her husband. Does this sound familiar? That’s because it’s the plot of every Daily TV Soap ever and we are bored and done with it! We’ve grown up watching this melodrama every day and honestly, we’ve outgrown it. Web TV shows offer something that the mainstream Soaps just don’t- Mature Content. This mature content may be in the form of an issue of Social Relevance or A crime thriller or even something psychologically provoking and we are craving for this content especially after being fed up with the synonymous content that the mainstream Indian TV soaps have to offer. Creative Freedom and No Censorship Jargon

Can you ever imagine a nude scene or cursing happening on your TV screens when you’re watching mainstream content? No, right? That’s not the case on a digital platform where there is no Censorship board cutting and trimming your shows to befit certain ‘morals’ and ‘ethics’ of the family household. A very recent example of this would be Sacred Games where Rajshri Deshpande is seen unbuttoning her blouse and revealing her torso and the constant swearing of the characters is no surprise to anyone. The writers and directors get the full creative freedom to make and mold their TV shows according to their vision and direction on online platforms.

Social Media apps like Instagram and Facebook have diminished the attention span of the current generation into that of a toddler’s. These apps allow us to view new content every moment, if we don’t like a particular content, we can just swipe and scroll for new content. We want new and better content every second. Web TV shows tap into just that and offer us a wide variety of shows to pick from. Most Web Series have a run time of less than 20 minutes per episode which solves the problem of a limited attention span.

The Youth Demands Mature Content Influenced by the West

The current scene of the Web TV shows would never have taken place if the digital providers didn’t study the consuming behavior pattern of the people from the age group of 16-35. These providers noticed that a huge chunk of data of these consumers would go into viewing TV shows like Friends, Game of Thrones and other shows from the west. This, in turn, led to the reformation of the entire Indian TV Shows setting, and thus we were provided with different forms of digital platforms like Netflix and Amazon Prime with mature TV content that aired on it.

While the Indian TV Soap Dramas still exist and we see no clear sign of mainstream content’s decline, it’s important to note that this TV content is consumed daily by households and families, thus it will continue to air. However, we’ve finally walked into an age where different TV show platforms can co-exist without harming each other and one can enjoy content according to his/her preference.