You laughed with them. you cried with them. You lived with them. As we celebrate the 20th anniversary of the television phenomenon ‘Friends’, Aparna Sundaresan looks back at the show and realises that it was really a bible on surviving your twenties

I was 16 when I started watching Friends. That rebellious high school age when you want to feel older than you are. I figured I was old enough for the show. And I loved it. It gave me a glimpse of an adult world that I never knew existed. A world where your skin clears up and your hair is always perfect, where you make money for yourself and your parents don’t dictate your life, where you live in your own apartment and have your friends over all the time, where you can date whoever you want and have all the sex you want. Oh my goodness, I couldn’t wait to be in my twenties. But now in my twenties, I don’t live that Friends life. I don’t chill in cafés every day. I’ve never had a pet monkey and neither any Gunther-style secret admirers. But that does not mean Friends lied to me. On the contrary, my life now tells me that I had watched Friends the wrong way. 16-year-old me loved the glamour and the giggles. But 20-something-year-old me pays attention to the fine print of the show. The fine print contains every joy, every sorrow, every success and every failure you could possibly experience as a new adult. And here I lay bare that fine print so you can be as prepared for your grown-up life as I was unprepared.

JOBS ARE FOR WORKING YOUR WAY UP
Hate to break it to you, but first jobs are rarely ever good jobs, let alone your dream job. Rachel who wanted so much to be in fashion started as a waitress. Monica who was a qualified and experienced chef was compelled to work in an awful diner for a while. And Chandler ended up in a line of work he detested. It was in their thirties that they settled down in jobs of their choices – Rachel in a famous fashion brand, Monica in a well-known restaurant as a head chef, and Chandler as a copywriter in an ad agency. Your twenties will be all about finding your space in your career. This will entail a lot of trial and error. But don’t lose heart. Keep at it. You’ll get there.

RELATIONSHIPS ARE HARD
Contrary to what rom-coms tell you, falling in love and maintaining a relationship are super hard. It’s hard enough to meet eligible people in your twenties, harder still to start relationships with them. Awkward, one-off dates are more common. Do you already think that all good guys/girls are either taken or gay? Be prepared to think that all the time in your twenties. Not because you’re cynical, but because as an adult your preferences narrow down considerably. You know exactly what kind of person you want, but you’ll have to wade through many wrong ones before finding that right one. Be prepared for Janices, Tags, Davids, Monas, Richards, a variety of wine guys (not all called Paul) and maybe some hot firemen too. And remember: condoms are only 97% effective.

PARENTS ARE NO MORE ATMS
Like, duh. You have a job now. Pay for yourself. You will find that the comforts your parents provided you while growing up are now luxuries. Your folks will still be around to give you advice, but they will no more be the 24×7 caretakers they once were. And this will change your relationship with them entirely. Surprise! Your parents are not the monsters you once thought they were. They’re actually decent people you can have a civil conversation with. And you know what, they make sense. Yes, you will turn into your parents (or a version of them, like Monica did), but you won’t resent it.

MARRIAGES BECOME A BIG DEAL (BUT AREN’T)
Everyone you know disappears into a black hole called marriage. And in this day and age of social media proliferation, every engagement, wedding and baby shower will be a public event that will pressure you to get married and make babies too. Rachel was engaged to an orthodontist she had no feelings for. Monica seriously considered settling down with Richard, a man who didn’t want kids while she did. Ross got married and divorced thrice! But then Rachel realised her independence was more important than securing a rich husband; Monica realised she didn’t want to compromise on what she wanted out of life; and Ross realised that marriages and divorces don’t need to define you and went on with his life. Bottomline: don’t ever let yourself be pressured into marriage.

OLD HOBBIES AND FRIENDS WILL GO AWAY
You’re not as old as Mr Heckles but still older than you were when you entered college. All aging comes with the by-product of accruing wisdom. In your twenties you will realise that some hobbies and lifestyle choices are better left in your past (like Ross and his synth playing, and Chandler and his goofy hairstyle). Even some of the friends you made might drift away from you (anyone remember Kip, Chandler’s former roommate and Monica’s ex? No? Neither do they). Don’t brood over it. Sometimes it’s better to let go.

“I DON’T EVEN HAVE A PLUH”
Since you’re an adult you think you need to have your entire adulthood planned. And that is just straight-up scary. But don’t get upset over it and drink a blender full of rum. While it’s not advisable to live as carefree and day-to-day as Phoebe “I don’t even have a pluh” Buffay, it’s also not necessary to construct detailed five year plans that extend for a lifetime. Have a general idea about what you want from life. Save up. Don’t take loans to spend exorbitantly on stupid things. Start a retirement fund. And just live.

Two decades and tons of inspirations

Situation comedies, trendy hairstyle s and the life of average 20-year-olds, Friends has been quite the source of inspiration. Trishann Henriques takes a closer look at the many things that came about as a result o f the one, the only, ‘Friends’ SITCOM SURGE
A bunch of friends living together, one apartment and a coffee shop for a hangout spot. A premise so simple and yet so relatable that so many shows followed cue. From How I Met Your Mother to The Big Bang Theory, Happy Endings, New Girl and so many more, most of the shows tried relentlessly to become the next Friends. But, need I say, failed!

THE RACHEL GREEN HAIRCUT
Come on, admit it, we have all had major hair-envy-moment while watching Rachel walk, talk and eat. The way it bounced, the way it moved from side to side, just everything about it. We’ve at least once visited our hairstyles and asked for ‘The Rachel’ haircut, the fact that it looked nothing like what it was supposed to is secondary, but yes, it happened.

CHANDLER BING’S SARCASM
If there is anyone who made sarcasm cool, it’s Chandler Bing. A Friends lover has at some point used a Chandler Bing catchphrase on someone. Well, let’s just say it makes dealing with stupidity fun. “WE’RE ON A BREAK”
Sarcasm and hair trends aside, Friends did teach us a thing or two about relationships. The infamous Ross-Rachel ‘break’, Joey’s slew of one-night hook-ups, Ross’ homosexual wife, Janice – Chandler’s annoying girlfriend – these situations arise and these people do exist. Let’s just say Friends is the guide for everything relationships that we all might go through at some point in life.

“HOW YOU DOIN?”
Pick-up line or a generic greeting, make what you want of this used and abused ‘pleasantry’. To non-Friends viewers this might mean nothing, but use it on someone who’s watched the show and you are sure to make a new friend and exchange a couple of hi-fives in the name of Joey.

THE UNCONVENTIONAL LIFESTYLE
Friends created a revolution in terms of how the youth wanted to live their lives. Everyone who’s watched the show has at some point pictured moving in with their friends for the fun and more for the independence. Some have dreamt of the life, many others have gone on to live the ‘Friends way’. 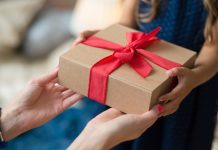 Running Out Of Gifting Ideas For Bhai Dooj? We’ve Got Your Back 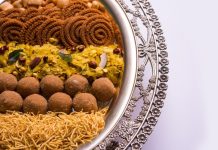 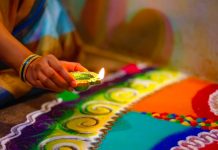 With These Decor Ideas, A Festive Vibe Is Sure To Settle In Your Home 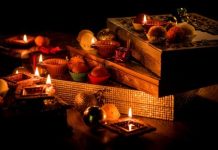 Buying A New TV Set in Diwali Is A Family Tradition, Get It At Low Prices 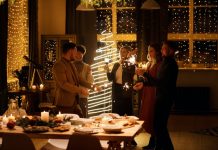