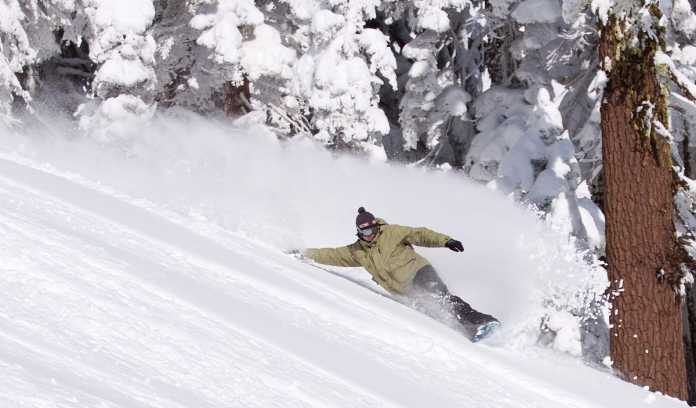 If you’re someone who loves to skateboard, and love the snow, snowboarding was made for you. But there’s a lot more to it than just skateboarding across a different terrain

A relatively new winter adventure sport in India, snowboarding is quickly picking up as one of India’s favourite adventure sports. Snowboarding is all about maintaining your balance while surfing down slopes with a fiberglass board strapped to your feet. Its is important to have proper practice and knowledge about the technique of snowboarding, before attempting it. Snowboarders surf on snow by transferring their weight from their heels to their toes, as well as from one end of the board to the other. In order to stop the motion, a snowboarder has to push the heels or toes hard to strike the edge of the snowboard into the snow. Modern snowboarding began in 1965 when Sherman Poppen, an engineer in Muskegon, Michigan, invented a toy for his daughters by fastening two skis together and attaching a rope to one end so he would have some control as they stood on the board and glided downhill.
Although it might appear that snowboarding is close to skiing, but the fact is that snowboarding techniques are a lot closer to skateboarding and surfing. 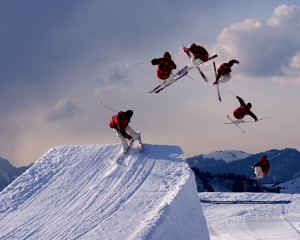 ALPINE SNOWBOARDING
Also known as free carving, this type of snowboarding takes place on hard packed snow or groomed runs and focuses on carving linked turns, much like surfing or long boarding. There is little to no jumping involved in this discipline. Even the equipment used for Alpine Snowboarding different; it is a ski-like hard shell boot and plate binding system with a true directional snowboard that is stiffer and narrower to manage linking turns with greater forces and speed.
A skilled alpine snowboarder can link numerous turns into a run placing their body very close to the ground each turn, similar to a motogp turn or waterski carve. Depending on factors including stiffness, turning radius and personality this can be done slowly or fast. Carvers make perfect half-circles out of each turn, changing edges when the snowboard is perpendicular to the fall line and starting every turn on the downhill edge. Carving on a snowboard is like riding a roller coaster, because the board will lock into a turn radius and provide what feels like multiple Gs of acceleration.

FREESTYLE
Freestyle snowboarding is any riding that includes performing tricks. In freestyle, the rider utilizes natural and man-made features such as rails, jumps, boxes, and innumerable others to perform tricks. It is a popular all inclusive concept that distinguishes the creative aspects of snowboarding.

BOARDERCROSS
Boardercross, also known as ‘Boarder X’ and ‘Snowboard X’, is a very popular but relatively recent winter sport. It started in the 1980s and earned its place as an official Winter Olympic sport in the 2006 Turin games. In Boardercross, around 4-6 riders race each other down a course similar to a motorcycle motocross track, with jumps, berms and other obstacles constructed out of snow on a downhill course. Unlike traditional head-to-head races, competitors use the same terrain, sometimes resulting in accidental collisions.

PLACES IN INDIA
This breathtaking sport is developing its wings in North India especially in the Himalayan region and is emerging as a popular amongst adventure enthusiasts. The Himalayas in India have always been the abode for winter adventure sports. The powder snow in this region with multiple natural jumps, steep sections and smooth open surfing areas proves to be perfect for snowboarding. The most popular places in India for snowboarding are Auli in Garhwal, Gulaba in Rohtang and Gulmarg in Jammu & Kashmir.