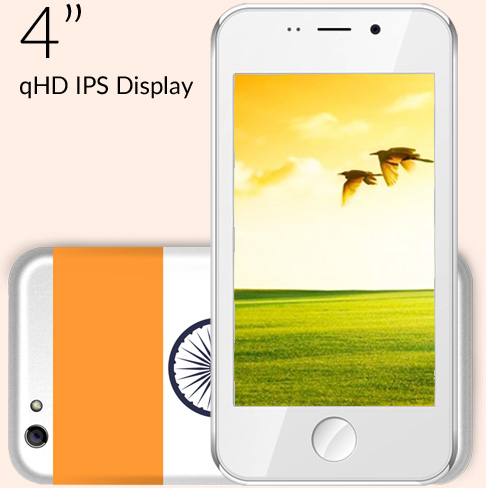 There has been a lot of excitement and buzz around the Rs 251 Smartphone, which, in all probability, makes it the world’s cheapest Smartphone. After all, a Smartphone that is cheaper than your phone bill does seem like a dream come true. For all the hype that has surrounded the launch of the ‘Rs. 251 Smartphone,’ or Freedom 251, as it is popularly known, the number of handsets that have actually been sold to customers from the freedom251.com website is a rather modest 30,000+, as told to the press by Ringing Bells Director, Mohit Goel.

But the question that arises out here is how are they going to manage to produce a handset that costs only Rs. 251 without overlooking the fact that the company is being funded by a group which has no track record, whatsoever in this kind of background? It does sound too good to be true, considering the fact that the cost of a chip and processor is Rs. 2240 in itself. Ringing Bells, the company producing this handset, claims that they are saving up to 14.3% VAT, which comes up to Rs. 450 per handset.  The bulk orders and mass production is leading to another saving of around Rs. 500. They also claim to be saving another Rs. 450 by selling the product on the website only and by subtracting all the middle men like vendors, retailers, etc. The addition of all these figures comes up to Rs.1400. Adding the actual price of the product, which is Rs.250 (round up) to our total, we get a figure of Rs.1650. If you do the math, the company still incurs a loss of Rs.600 (round figure) on its sales. Ringing Bells say that they are ready to absorb this loss as they are sure to be market leaders by next year, with almost 30% of the market shares. They also say that other companies will be compelled to come to them as well, considering they are the cheapest in the market. The company collected Rs.175 crore in a day on its product sales, which is very impressive. It also seems that this prototype of the Freedom 251 appears to be identical to a phone manufactured by another company called Adcom Ikon 4.

Although, even after all this, the company claims it may take up to 4 months for your unit to ship – so keep that in mind before you book a Freedom 251. Given the company’s lack of a track record, there’s a chance that your handset might never ship at all. There seems to be no return policy on the website, though it does say your Freedom 251 unit is covered by a one-year warranty.

All these figures and points definitely make us question the validity of Freedom251’s high-ended claims. However, Ringing Bells issued a statement saying there has been unprecedented demand for the Freedom 251 and it has temporarily suspended bookings. Ringing Bells also tells the press that bookings for the Freedom 251 will reopen today. Now that you hopefully know what you are getting into here, we urge you to think twice before going forward with this.