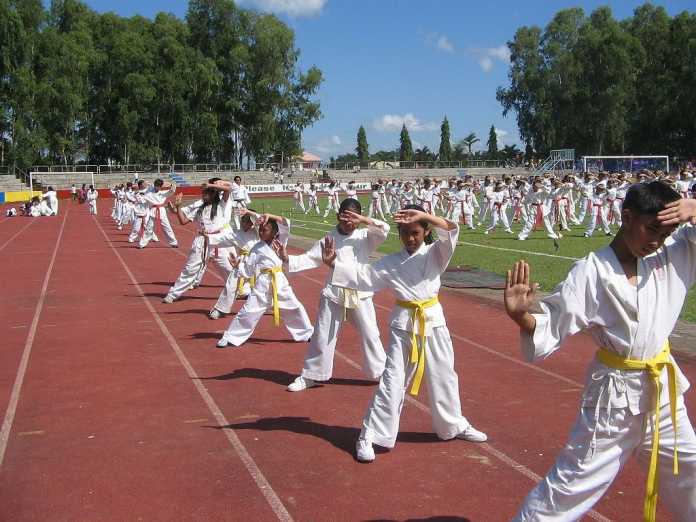 We like to think that we live in a world where children are, at all times, shielded from violence and abuse, but unfortunately, that is far from the truth. Today, we have to live with the truth that children are often violated and abused because of their vulnerability and inability to fight back. Children between the ages of six to sixteen often do not know to react, or fight back when they are subjected to violence, which makes them easy targets for physical and sexual violence. The number of cases registered for child abuse raised from 8,904 in the year 2014 to 14,913 in the year 2015.

Facing violence at a young age, when children cannot fully comprehend what has happened to them, has severe psychosocial repercussions. Children grow up with serious mood disorders like depression, anxiety and paranoia. If left untreated, these disorders can take over a child’s entire life. Children also face serious problems in any future relationships; develop deeply rooted trust issues, and these issues, if left unaddressed carry well into their adult life. Worse, in many cases after facing abuse or inflicted trauma as a child, the same children grow up to be abusers themselves. Many children, due to trauma suffer cognitive damage, which implies that their brain ceases to function normally.

In a country like ours, where abuse and violence are more often than not, inflicted by close friends or family, many cases of child abuse go unreported. As children, we are taught to always respect our elders, sometimes even when the same elders are the ones constantly taking advantage of young innocence. According to a recent study, 94.8% of rape cases saw children being raped by someone they knew, not strangers. It is sickening that today, we have to teach children how to defend themselves against the same adults who are supposed to protect and nurture them, but it is a need and we must face it.

It is high time then, that we start teaching young children how to stand up for themselves, to fight back, shout, scream, do anything to feign off this violence they don’t deserve, and as children spend most of their daytime in school, it is upto the school to implement self-defence as a subject taken seriously.

A one-day workshop will not help anybody. Neither will a speech about how children, especially young girls, must keep themselves safe by seeking protection and wearing society deemed appropriate clothes. Children must be taught how to depend only on themselves, and must be made to realize that despite what anyone might say, they have a right to feel violated by someone’s abusive actions, and that they must not accept it and learn to live with it. Along with this, children should be taught that it’s not normal for adults to fetishize, sexualize and take advantage of children.

By teaching children self-defence, we are not just teaching them how to fight back, but also how to respect their own bodies, how to stand up for themselves, how to differentiate good or bad touch, how to feel sufficient and secure in your abilities to take care of yourself.

It is rightly said that children are the future of tomorrow. It is up to us to shape these young minds into healthy and responsible adults by teaching them how to never, ever, accept the violence they don’t deserve.

Already, schools in Mumbai, such as Jamnabai Narsee School in Vile Parle have taken a step forward and introduced self Defence as a compulsory subject. Sudeshna Chatterjee, School Principal, said “This is not a conventional martial arts programme. It is a holistic approach based completely on self-defence. The training is based on mixed martial arts, a composition of techniques taken from karate, aikido, kickboxing and krav maga. Our students will be taught basic, practical self-defence skills, which will enable them to get away safely from any untoward situation as quickly as possible.”

DAV Public School, New Panvel, is going to start self-defence training for students in the last week of September or early October. Apeejay School, Kharghar, has already introduced karate for students from Class 1 to 6 last year.

Claudelle Monis, an English Literature and Corrective English professor says, “I think self-defence should be a mandatory subject in schools, to allow children the opportunity to defend themselves in the face of danger. Apart from this, I also think children should be taught to watch out for predatory behaviour and report any display of it to adults they trust.”

Taking a step forward is the need of the hour, and following these examples, all schools must, at this point, take that step forward, for the safety of the country’s children. Parents, teachers and guardians alike will agree with the words of Ashoka Mehta, an economics teacher, that “sexual education and physical education, coupled with intensive self-defence training is what India needs, at this hour.”