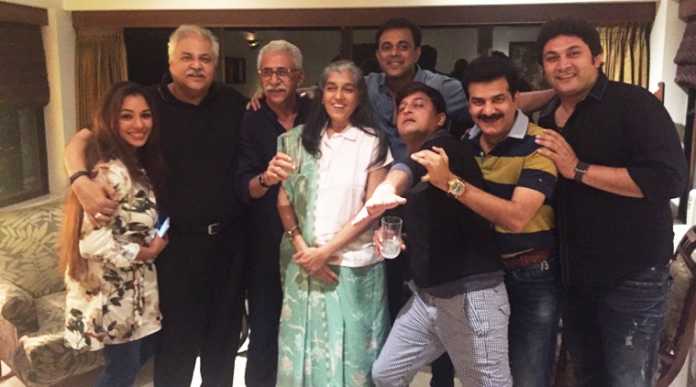 If there is one thing which cannot be argued upon with Hindi small screen enthusiasts, is that there are a very few shows which do not show ridiculous, unrealistic content. When people think of the legit genuinely good shows that have come up in the past, only a handful ring a bell. Hands down, one of the best TV shows in India, we have ever seen though, is Sarabhai vs Sarabhai.

The story of the show revolved around the lives of an elite Gujarati family, living in Mumbai. A sophisticated urban comedy, the central idea of every episode was the rivalry between Maya Sarabhai (Ratna Pathak Shah) and her daughter in law, Monisha Sarabhai (Rupali Ganguli). The gags, puns and the priceless background music was always well timed and up to the mark and did not show up unnecessarily. Deven Bhojani, the director who also played the recurring role of Maya’s gizmo freak son in law in the show recently surprised all his fans, by announcing that a second season of the show is on its way, and this time, it’s going to be a web series. The show and the cast are all set to make a comeback on the television screen after 11 long years since the series ended in 2006.

This title, suggested by Monisha was termed as gastronomically middle class by Maya, as it sounded like an advertisement for a noodle brand.

Roshesh, Maya’s youngest son, came up with a ridiculous poetic title which was soon trashed by the majority due to its size and let’s face it, it sounded terrible.

This title suggested by Dushyant, Maya’s son in law was highly ignored by everyone. Maya didn’t even give him a chance to explain what it meant.

Sarabhai vs Sarabhai: Encore, the classy title given by Maya herself had Monisha confused between encore and the common Indian name Ankur.

In the end, we see the one sane member of the family, Sahil Sarabhai, husband of Monisha ask the viewers to suggest some titles of their own. The best entry would turn out to be the title for the second season of the show.

Well, the internet has been flooded with hilarious suggestions for the same. Here are some which we picked from the top comments of Hotstar’s Facebook video.

Although many suggestions have flooded the Facebook page, a vast majority of the fan base do not wish for a change in the name of the show. The old one has always been a classic, no doubt about it. The people claim that even if the show releases without a title, it would still be the highest rated Indian TV show.

The trailer hinted the return of the old beloved characters as well as the introduction of a new child character, who would play the role of Sahil and Monisha’s daughter.

The first episode of the series is set to hit Hotstar in May 2017 and we couldn’t be more excited about it. We can already predict what a massive hit it will be with the audiences who have been waiting for it eagerly. But seriously, Monisha beta, kisi bhi show ka future predict karna is television serialistically down market.