Whether single or taken, the new age dating lingo is an attraction to all of us. With many of us, especially the inexperienced singles, unaware of these new-age terms we feel uncool among our gang of buddies, who discuss their baes using new age dating terms.

Keeping this in mind we have hereby compiled a list of the uncommon, hip enough dating terms we bed you did not know, but must be aware of.

Caspering is a friendly way of denying someone’s proposal of dating. This is done by people,  mostly singles, if they aren’t interested in the person asking them out. It is very similar to ghosting where you slowly cut the person out of your life.

Having an origin from the linguistic register of space research and astronomy makes this term even more ‘lit’. Just like the planets orbit around the sun, similarly an orbiter, despite breaking all the contacts with you, keeps hovering and orbiting around your social media. Whether commenting on your recent post or liking the picture you uploaded months back, he or she does it all.

Tired of your present relationship? But, yet have not made it clear and are attempting to lay grounds for the girl or guy you want to date next? This is what makes you a laybyer. Just like a person before leaving a current job gives interviews in new companies, the same way a laybyer before breaking up starts investing in his or her future girl or guy.

This involves the category of people who texts and talks enough to make the other person fall for them but never follows through any plans or making any kind of commitment aka the whole loaf of bread. It is synonymous to the usage of ‘time pass’ for people.

This term is used for those lonely, single and desperate guys or girls, who in an attempt to make their weekend interesting, flirt with dozens of people every Sunday night and propose them for a meetup.

When a wicked person tries to enter your life usually after orbiting for a bit of time it is referred to as zombieing. However, unlike actual zombies, they even have a mask of humanity owing to which they begin their conversation with a ‘Hey’ followed be a ‘wassup’.

When a person dates with someone inferior to him/her in terms of general attractiveness or intellect, he or she is often said to be dating down.

The cunning utilisation of the message technology to display one’s lack or loss of interest in someone by responding inappropriately to a potential love message is called fizzling. This technique also saves one from the ugly situation requiring face to face discussion or break up. Indeed a clever approach for a breakup!

This term is used in reference to a true dating pro who at a particular time juggles and has fun with a number of non-exclusive relationships and has a calendar booked with girls or guys.

The act of abruptly ending all the conversations with someone special without giving any explanation or reasoning is called ghosting. Just like fizzling it’s an artful way of permanent separation from your partner.

So, the next time your boyfriend or girlfriend messes with you, you know the appropriate word to describe your situation to your buddies. On the other hand, if you are single, you can enjoy understanding and listening to the stories of your taken friends, because now you know the dating terms. 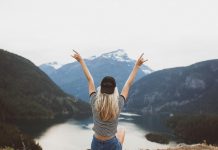 Live Life The Way You Have Always Wanted To

6 Reasons Why Fasting Will Benefit Your Health 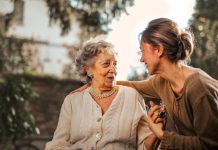