Google has become the best problem solver we people could ever have. Moreover, now with Google Assistant, it wouldn’t be wrong to say that Google has indeed become our best companion. Now, since we all are wrapping up 2019, let’s take some time to know how Google helped us solve our queries this year.

Out of the many many questions, we keep asking Google every single day, given below are the top 10 “What Is” questions we Indian asked Google:

The issue of  Jammu and Kashmir has been a matter of interest for many. This year, especially after Article 370 was scrapped, people all the more went on Google to read up about it. If you weren’t one among them, then you must know that Article 370 of the Indian Constitution, before being scrapped out, gave Jammu and Kashmir special powers which allowed the state to have its own constitution in spite of it being a part of India.

An exit poll is always taken before the announcement of country’s/state’s elections. It is a poll taken from the voters immediately after they exit the polling booth. The exit polls are the first clear indication of who/which part is most likely emerge victoriously.

This is yet something that has intrigued many. A black hole is a region of spacetime demonstrating gravitational acceleration so strong that nothing—no particles or electromagnetic radiation such as light—can escape it. It is believed that the strength of the black hole is such that it has the ability to gulp even the stars and planet.

Firstly, for those who don’t know what the term “Howdy Modi” means, it means “How are you Modi?” Howdy Modi was gathering of the Indian-origin which was addressed by India’s PM Narendra Modi and America’s President Donald Trump for the first time ever. It was an event that attracted the entire world’s attention. It was conducted on 22nd September 2019 in Houston, Texas, United States and attracted about 50,000 people of the Indian origin.

E-cigarettes is a trend among the youth but it poses many health risks. Additionally, India announced the ban on e-cigarettes in 2019. Many who didn’t even know that a product like this even existed, took to Google to get their doubts solved.

6) What is Ayodhya case?

Recently the Supreme Court of India passed its final judgment on the Ayodhya case in favour of Hindus, allowing a temple to be built on the disputed land of Ayodhya. The Muslims since years have been claiming the same last as their land of worship. The Ayodhya dispute case was one of the longest-running cases in India’s legal history.

We all love Ayushmann Khurrana for his versatile selection of scripts. His one such movie that sent chills down our spine was the recent release of Article 15. After this movie, many felt the need to understand this very important article of our Indian Constitution that talks about  “prohibition of discrimination on grounds of religion, race, caste, sex or place of birth”

8) What is Surgical Strike?

Since the time Narendra Modi has hailed to power, surgical strikes have risen to the surface inviting the attention of the entire nation. This led to people googling the meaning of surgical strike.

So what have you asked Google in 2019? Let us know in the comment section below. We are interested to know. 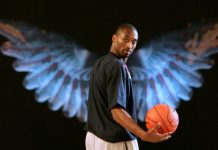 The World Mourns At The Sudden Death Of Legend, Kobe Bryant & His Daughter 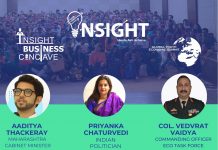 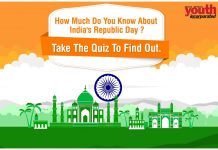 How Much Do You Know About India’s Republic Day? 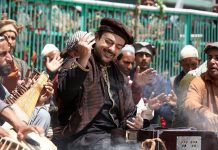 The Bollywoodization Of Qawwali: How Far Has It Gone? 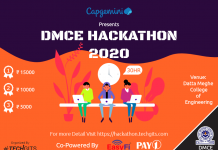