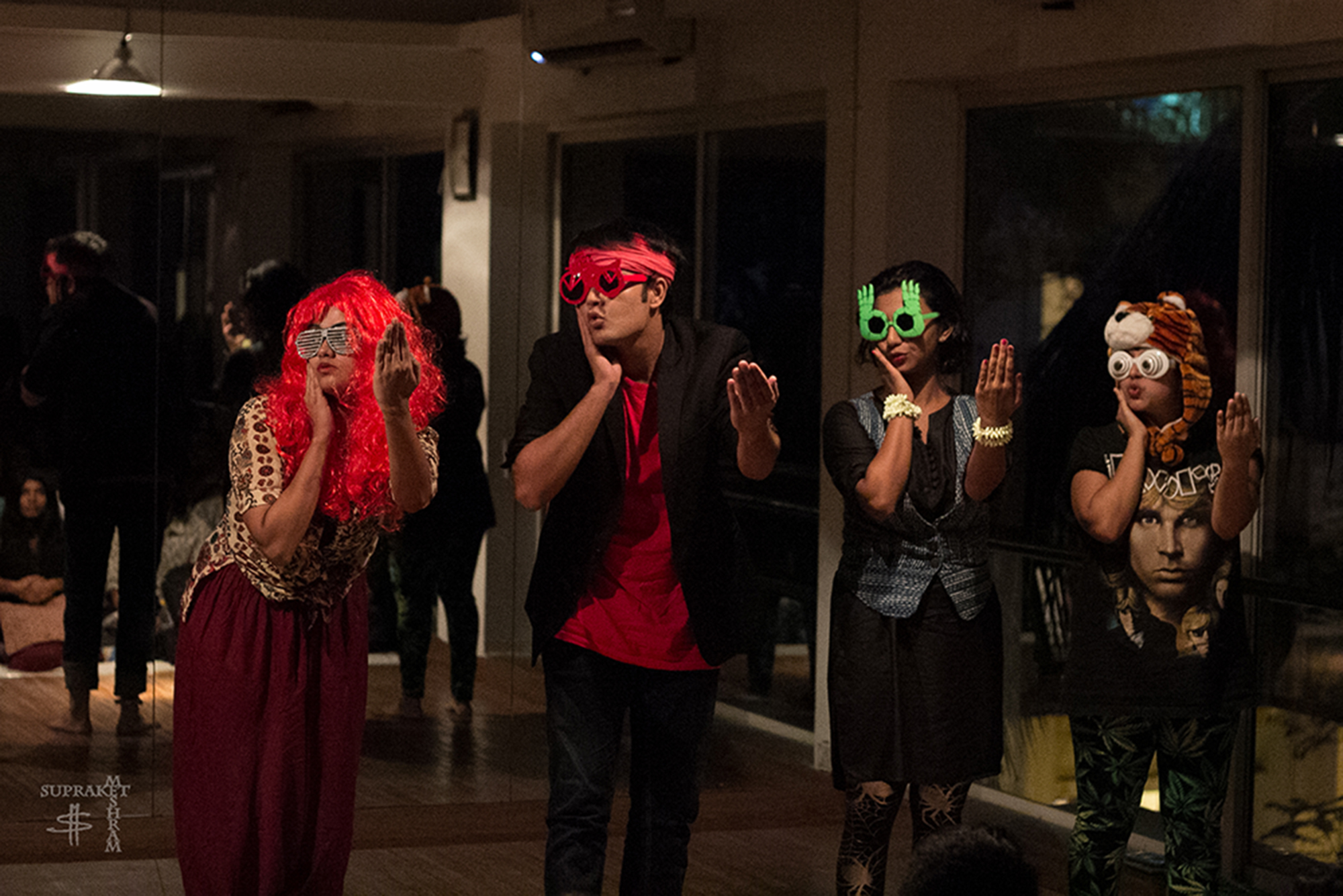 When Arnesh Ghose created The Mirror Merchants in 2010, his only aim was to give young actors interested in theatre and live performance the pleasure of having an audience beyond college festivals and their own friends. A film and advertising grad with a Master’s in comparative mythology, Ghose is also a full-time fashion and lifestyle journalist with a reputed men’s magazine, critiques film and food on his blog The Lazy Critic and is putting together his first anthology of short stories. Ghose works with college students interested in theatre and hones them with workshops, rigorous theatre games and improve sessions. Some of his actors have taken up theatre seriously, moving off abroad to study the craft further. “During college, students don’t have the time to pursue theatre studies. And once they pass out, they hunting for jobs. So, even if they had the talent for it, it goes untapped. Only if you hone and expose them to the art form and public performances while they are still trying to decide on their careers will they know that they have theatre as an option too – maybe not the primary career but definitely a serious hobby on the side. Young theatre enthusiasts are a lot of fun to work with,” says Ghose. The Mirror Merchants hosts acting workshops every month. The company also organizes a monthly healing with performing arts property called the Detox Weekends. This year, TMM plans to expand into casting and grooming actors not only for theater but also for film and advertising.

You have been acting since you were a child. What is your fondest memory of being on stage?

I used to always be cast in my school’s nativity plays that would be staged right before the Christmas vacations and I loved every bit of it. I remember starting off as a sheep and climbing up the “important characters” ladder (via shepherds, one of the wise men, angels etc.) right up to Joseph. I know that anyone would expect me to name some serious play with some serious director but those nativity plays are the first time the stage lights struck. I still remember being dazed and confused but so mesmerized by them in my first grade production of the sleeping beauty too. The stage is a beautiful place, a wonderful place. 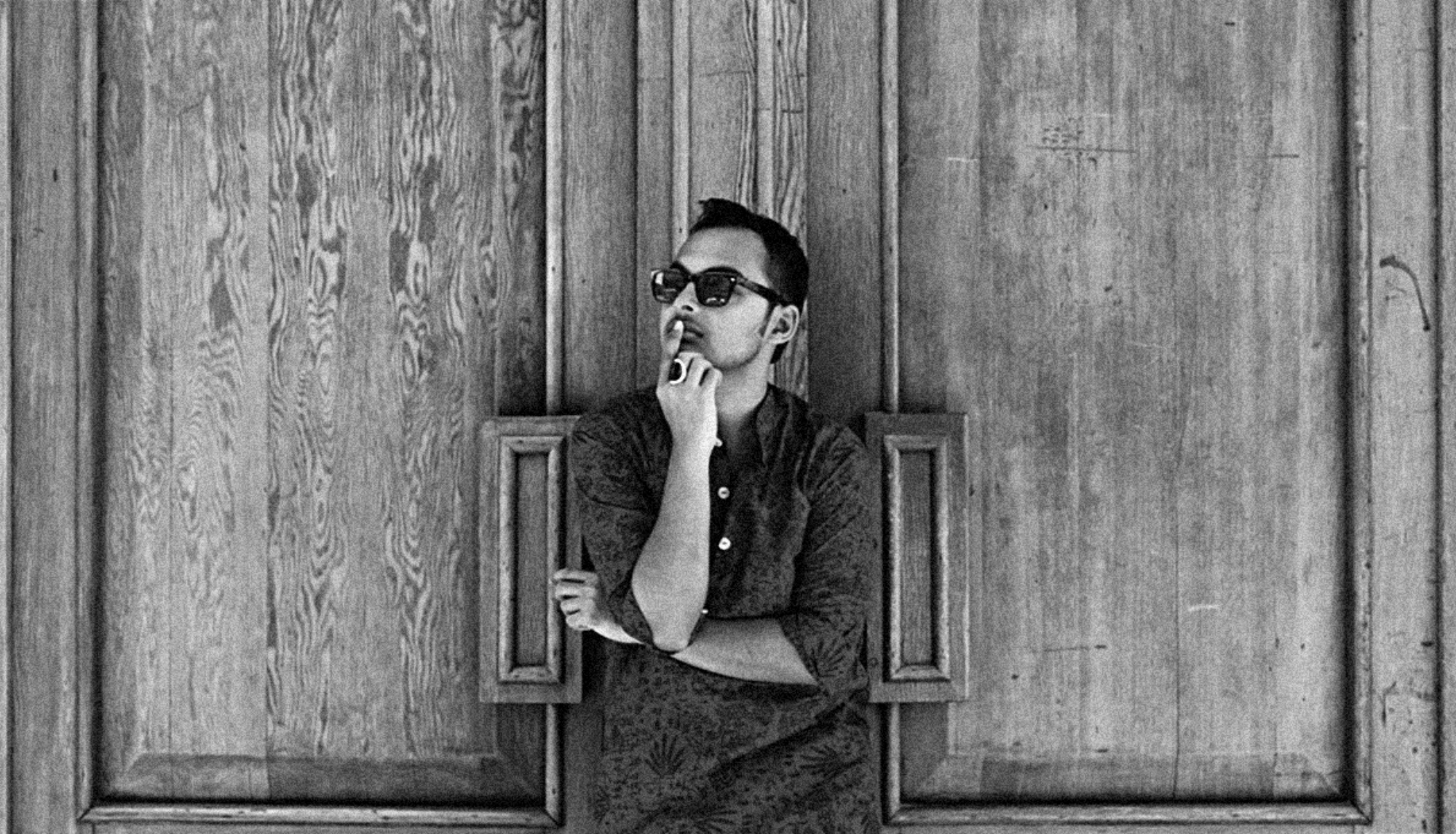 Who do you look up to in the theater space?

My father, Sunil Shanbag, Bertolt Brecht, Rabindranath Tagore and William Shakespeare. All of these fantastic people have shaped the way I approach theatre as an actor, a playwright and a director/ visualizer. My father is my constant source of support when it comes to theatre. Sunil is possibly a living legend for his contribution to theatre. Every play of his is a masterpiece. Tagore and Brecht have shaped design, art and sensibilities for me. Shakespeare, whom I lovingly refer to as Willy uncle (because I absolutely adore the man and his genius), is the most important, profound and outstanding playwright in the world. He’s the best. Macbeth is the best play ever written. Period.

Where do you derive your inspiration from, for your plays?

I believe and practice socially conscious youth theatre, because I believe that theatre should bear the responsibility of being a social commentator and hold up a mirror to society and show its true colour sans hypocrisy or edit. That is from where my company also derives its name. So, I derive inspiration from society around me. Unfortunately, our country has way too much fodder to protest against. My plays have revolved around subjects like democracy and the freedom to protest, commentary on the government, child abuse, terrorism and Chaarpaai, the most recent, deals with womanhood and sexuality.

What led to the establishment of The Mirror Merchants?

While I was in college, I saw a lot of people around me who were interested in theatre but did not know how to get into it. Companies only accepted established actors and there was no space for people who just want to try it out or give it a shot. And then, once you leave college and get a job, a possible hobby or alternate profession is lost forever. I wanted to create a theatre space where anyone interested in theatre could be a part of. I will groom you, train you and introduce you to a professional stage if and only if you have the burning passion for theatre. That is with what I started off in 2010. After initial bumps and misses, we have been able to find some footing and confidence now.

What advice would you like to give aspiring actors?

Attend workshops, join productions and learn on the job. Acting schools or “courses” will teach you zilch. Stop wasting your money. Also, if money is what you are after, acting gigs alone will not be enough because the industry and the job is erratic. Get a day job and pursue acting alongside. Appear for as many auditions as you can and don’t let “no” become an enemy. Make failures your friend. Learn from them. Be patient and keep negativity at bay.

The new production of The Mirror Merchants, Chaarpaai, is a collection of four short plays that discuss various aspects of womanhood while questioning the true meaning of masculinity in the Indian society. Why do women become the most powerful bargaining chip during war and political calamity? Why is sexual freedom and expression not a woman’s prerogative? Why do we conform to different codes of morality for men and women even today (and even in urban India)? Why do women still have to aspire to marriage? Is rape a tool for exhorting power and domination over women?