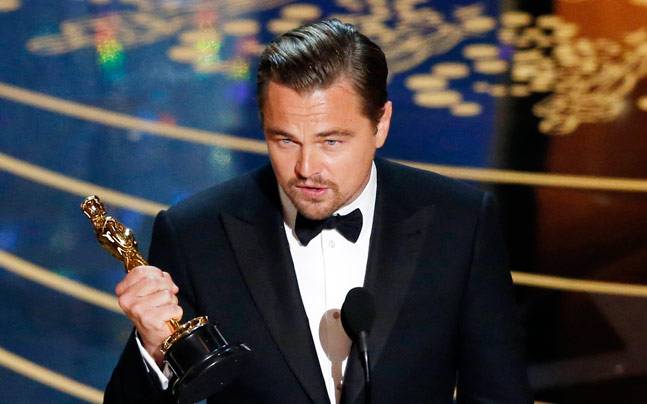 The 88th Academy Awards saw amazing movies and killing music. Spotlight bagged the best picture Oscar, while Mad Max: Fury Road took most awards home; The Big Short won the best adapted screenplay Oscar. The Revenant took home Oscar for best cinematography along with two other awards out of twelve categories it was nominated for. Brie Larson won best actress award for her outstanding performance in the Room.

In the whole Oscar buzz, the most talked about was Leonardo DiCaprio (finally) winning an Oscar, which he accepted very humbly.

41-year-old actor, who has been unsuccessfully nominated for Oscars four times previously, talked about ‘planet’ and ‘climate change’ after he thanked his director and co-star Tom Hardy for his “friendship off-screen” and “fierce talent onscreen”. The Revenant is “about man’s relationship to the natural world”, says Leonardo.

He goes on to say, “Climate change is real, it is happening right now. It is the most urgent threat facing our entire species and we need to work collectively together and stop procrastinating.”

Kate Winslet was the first to congratulate her old friend before he went to accept his award and couldn’t hold her tears back as DiCaprio took stage to accept his first academy award. 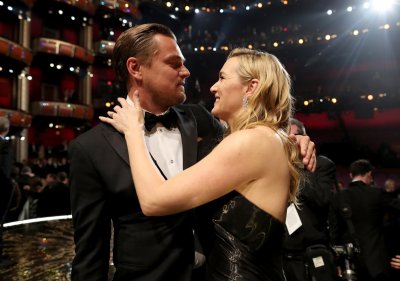 We all agree that Leonardo was the most deserving nominee this year, not only for his performance but also for the pain he went through to bring the character of Hugh Glass to life. The Revenant, an arguably true story of a fur merchant who is left to die by his fellow fur trappers crawls miles trying to survive to avenge his unfaithful friends. We hear DiCaprio went through exhausting transformations to fit into the role.

Before the movie released, one of the interesting facts that made news was strictly vegan DiCaprio eating a raw bison’s liver for a scene. Respect to the actor!

In his relatively less vocal performance, the actor learnt to speak two Native American languages, Pawnee and Arikara since the Director wanted to portray things as realistically as possible.

For an actor who can change his accent and develop OCD at will, we believe this was easy; yet DiCaprio told paparazzi that this was the most difficult project in his entire career and that he’d never be able to do it again.

We are proud of you, Leo!